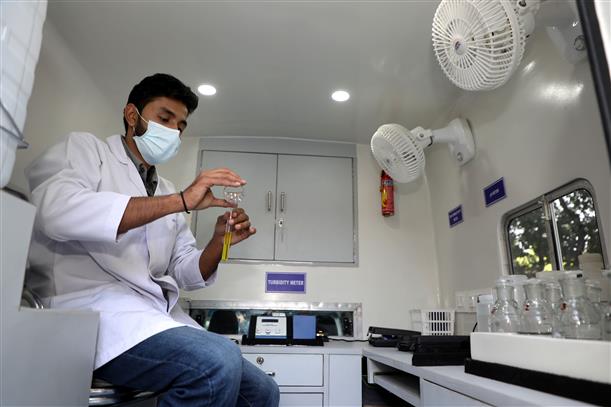 The lab, funded under the Atal Mission for Rejuvenation and Urban Transformation (AMRUT) scheme, will conduct on-site testing of water samples for different quality parameters such as pH, residual chlorine, TDS, conductivity, outdoor and turbidity (NTU).

The Mayor said the mobile lab would travel across the city to collect samples and identify issues concerning water quality on the spot.

MC Commissioner Anindita Mitra said to provide quality water to residents, the lab had been upgraded under the AMRUT scheme as per the BIS 10500 standards. The van had been introduced to ensure water being supplied to residents met quality parameters.

The van would conduct on-site testing to identify any initial indication of poor quality, so that immediate remedial action could be taken.

She further said the van would collect 15-20 water samples daily from the city, including eight mandatory samples from waterworks located in various parts of city, five to six samples from rehabilitation colonies, a sample from a village along with random samples from government buildings, hospitals, markets and area under complaint, etc. It would cover all wards of the city twice a month.