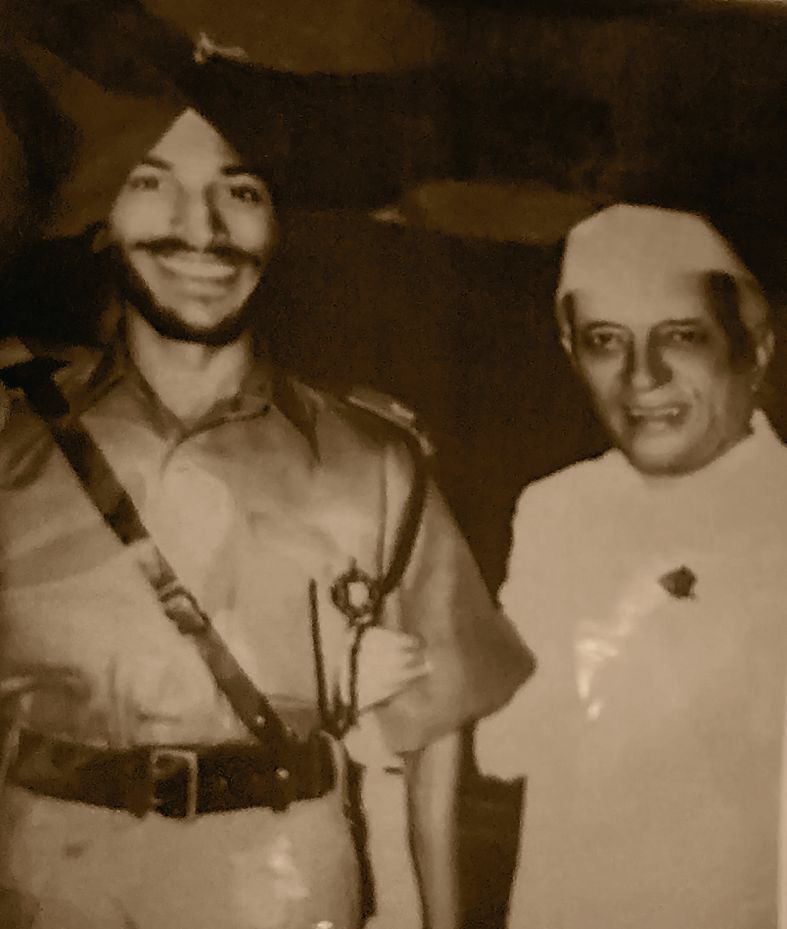 "I am fine. Hope to recover soon. Reading books and spending time with family." Milkha Singh

Clad in his favourite attire – a red turban, blue blazer, red tie and a matching pocket square, and grey trousers —Flying Sikh Milkha Singh (91) was consigned to flames by his son Jeev Milkha Singh and relatives at the cremation ground in Sector 25 today.

He died just five days after the death of his wife Nirmal Milkha Singh (85).

Unaware about his wife’s death, Milkha was confident of meeting her after recovering from Covid at their residence in Sector 8, but the destiny had some other plans as it reunited them in the heavens.

A popular person among local journalists, Milkha would treat all reporters and seasoned writers the same as his own children.

“This is a very special picture. Pandit ji had declared it a national holiday in 1960 when he defeated Pakistan’s champion in Lahore. I wish I could have made it a national holiday but I cannot do it. I have announced state holiday and he will get a state funeral,” said Punjab CM Capt Amarinder Singh. He would frame the photo (of Pandit Jawaharlal Nehru and Milkha Singh) and put it at his farmhouse.

He would ask about their future plans, never hesitate from spotting mistakes and would always ask reporters to stay for a longer time to listen to his memories. “You should work on writing about players’ problems and ask authorities to find a solution. Progress is a two-way thing, if you won’t write, they won’t come to know,” said Milkha during his first meeting with this reporter in 2010. As years passed, the bonding grew and he would always encourage writing more and more about sports. He would often call journalists to his place and would act as a perfect host. In his last days, he was confident of defeating Covid and rejoining his routine life. His residence, “Milkha’s”, in Sector 8 is nothing less than a museum having memories of his gold at Cardiff, double gold in the 1958 Asian Games, record-smashing run at the 1960 Rome Olympic Games.

Milkha’s love for golf was never hidden from anyone. He would wake up early and go for golf alone, rather than waiting for his friends. The greens of the Chandigarh Golf Club were like his second home and the caddies and members were like part of a family. He once landed himself in an ugly twist of turns when he tried to stop a brawl and was booked in 2013. He thereafter liked to play alone for the love of the game (golf).

The trio of legends Milkha Singh, Nirmal Milkha Singh and Balbir Singh (Senior) co-workers and friends for life lived in the same city but never bid adieu to each other in final days. Milkha headed school sports in the Education Department (Punjab) while Hockey Olympian Balbir Singh was in the State Sports (Punjab) Department. Nirmal Milkha Singh also worked as Director, (Women) Sports. Milkha could not attend the cremation of Nirmal as he was fighting for his own life, and last year, Balbir Singh breathed his last and due to Covid, the Milkha couple was not able to attend the cremation.

In 1958, when the then Prime Minister Pt Jawaharlal Nehru asked Milkha Singh what he wanted for becoming the first Indian to win an individual gold medal in athletics in the Cardiff Commonwealth Games, Milkha requested a “national holiday” in the country.

At the age of 91, Milkha kept his fitness level as good as a young player. During Covid-19, he would spend his day by attending a gym session with son Jeev Milkha Singh, followed by jogging, stretching, skipping and weight training exercises. On normal days, he would play golf or jog daily.