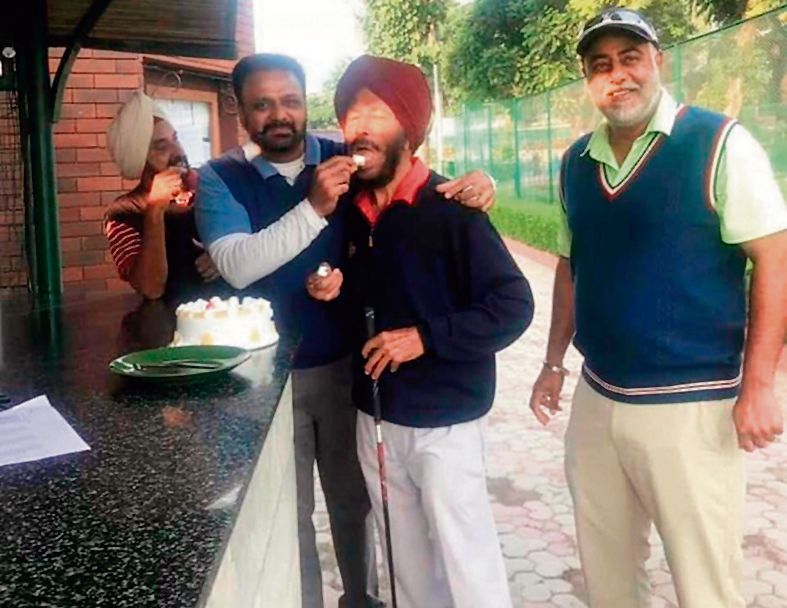 How do you pay tribute to a legend? Great men leave behind a legacy — not just of their achievements, but also of a life lived exceptionally well.

A man “who has gained the respect of intelligent men and the love of children” is a success, wrote Robert Louis Stevenson. Milkha Singh is revered in the sporting world — and he had the love and respect of young and old in the golfing community of Chandigarh.

Milkha uncle, as he was fondly called by everyone at the Chandigarh Golf Club, is already being missed by all. His greetings were genuine in utterance and loud and clear when we crossed him on the golf course — “Sat Sri Akal beta. Sab theek?” He was certainly larger than life and my 52-year-old golfing friend spoke for everyone when, on hearing of Milkha uncle’s death, he remarked: “I was a huge fan.”

Milkha Singh will be missed the most by his son Jeev, three daughters and the rest of the family. Ironically, Sunday marks the final round of the US Open, which traditionally concludes on Father’s Day — due to the belief that a father and the game of golf have a lot in common. The ethos of honour, honesty and respect are essential to both. For Jeev, Milkha Singh will always be his “friend, guide and hero”, adored by millions for his joie de vivre.

His dedication to fitness

I remember that as a youngster on the course and later as a journalist, I often heard him explain his warm-up routine, which included a run on the course before teeing off. Throughout his life, he maintained his dedication to fitness and was a slave to routine. “He would run down the first fairway and back every morning before we teed off. And he never sat anywhere on the course while we waited for the green to clear,” says Grewal. On the eighth hole, a short Par-3 where everyone ends up waiting, he would practise his chip shots.

In his signature red turban and matching tie, Milkha Singh was an inspiration for all. His positivity coloured everything he did and his good nature ensured people felt welcome in his presence.

Golf was his life’s great passion. My first assignment as a journalist was to cover a game of golf between Milkha Singh, RS Mann and IS Bindra. They played a round on a crisp spring morning in April 2000 with Montek Singh Ahluwalia. Anecdotes from their four-ball have long been the talk of the club and no one knows this better than his playing partner of 45 years, RS Mann — Mann Saab, as Milkha Singh fondly and respectfully referred to him.

“This is a time for mourning and I will definitely miss my friend. There was never a time when we both played golf on the same day and did not play together. He brought camaraderie, enthusiasm and competitiveness to our game of golf,” Mann reminisces.

Alamgir Grewal, who joined their four-ball 22 years ago, says: “Mann uncle visited him at the hospital recently and they discussed their last game and if any debts remained to be settled. Milkha uncle told him that they were clear but another member of the game owed him eight matches!” That was the intense passion Milkha and his mates brought to their games — something that will be bitterly missed.

“I will never be able to tee off from the first tee without remembering Milkha uncle,” says Alamgir. “Even after the first lockdown, he was the person who got us all back onto the golf course. His passion for life was unmatched.”

And so was his physical strength, despite his years. Alamgir recalls the driver Milkha Singh used off the tee. It was one of Jeev’s, and hence, the specifications allowed for the latter’s physical build and swing. “None of us could hit it,” Alamgir says. “But Milkha uncle whacked it hard and never missed.”

Ravibir Singh, president of the Chandigarh Golf Club, where the club flag is flying half mast, says, “Milkha Singh ji was omnipresent on the golf course. His passion for his regular game of golf was unmatched as he was on the course every morning. He will be immensely missed on our hallowed greens, by all our members and support staff.”

So how do you pay tribute to a legend? While you can never truly do justice to such a great legacy, you mourn a nation’s loss but celebrate a life that is a source of inspiration. This goes also for those who saw him in flesh and blood every day and played with him — his golfing buddies.