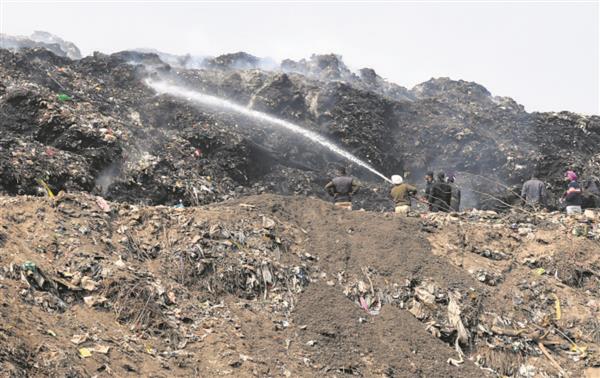 Smoke continued to billow out from the waste dumping ground at Dadu Majra for the third day today.

A fire had broken out there on Sunday. Smoke has been billowing out since then, causing trouble to residents of Dadu Majra an nearby places.

Councillor Devinder Singh Babla today visited the site and claimed that he had caught MC trucks in which persons were buying sand from a company but not throwing it at the waste dumping ground.

“Had they covered the waste with sand, the fire could have been contained,” he said.

However, the MC Medical Officer of Health, Dr Amrit Warring, said, “It’s not true. The fire broke out there due to a change in the weather. The MC is throwing sand.”