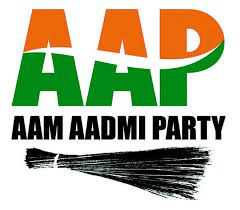 While the Aam Aadmi Party (AAP) has questioned the rationale behind imposing “draconian” Section 144 across Chandigarh “on the pretext of an incidence of violence in the Motor Market, Sector 48”, the Congress termed UT’s blanket ban on protests and demonstration in the city, other than at the Sector 25 Rally Ground, as an “overreaction to the incident”.

Prem Garg, AAP convener, said: “We condemn the violence with BJP leaders and demand that real culprits should be identified. However, imposition of Section 144 is uncalled-for. Political parties and other organisations have the right to protest, hold peaceful meetings and rallies, particularly in view of the forthcoming MC elections in December.”

He shared that such blanket ban might have been imposed by the Administration to muzzle the voice of Opposition parties and various organisations that keep highlighting the failures of the Administration and the MC, on almost all fronts.

Garg said: “It is illogical to ask us to hold small meetings or protests at the rally ground, which is meant for huge gatherings. The right to hold meetings can’t be denied to the public under the guise of law and order issue, which is the responsibility of the Administration and the police. Holding any protest or rally on the outskirts of the city has no meaning.”

Meanwhile, Pawan Banal, former city MP from the Congress, said: “There are occasions when employees, traders, residents or other sections of society have to come out of their houses and establishments in a spontaneous protest against a decision of the authorities. If they were to be slapped with criminal cases for such speech and expression of thought, guaranteed by the Constitution, it would tantamount to promulgation of a totalitarian, police state.”

Bansal said: “This omnibus ban can lead to action if women were to come out of their houses to protest against turbid water supply, overflowing sewers or garbage piling up in their locality. What if members of a trade union were to strike work and voice their indignation against some haughty and insulting behaviour of a senior? Must they go to the rally ground for the purpose?”

Advising the Administration to not be oversensitive and de facto extend Section 144 of the CrPC to the entire UT, Bansal recalled that recognising the unsuitability of the Sector 25 Rally Ground, the Administration itself had permitted political rallies of Prime Minister Narendra Modi and Congress president Rahul Gandhi in Sector 34 and 38, respectively, during the last elections.

According to PMO, Mission will create a seamless online plat...