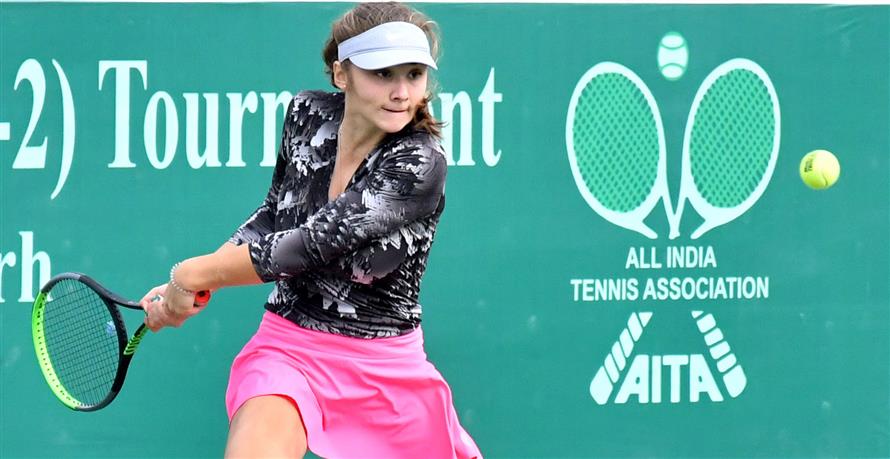 A player returns a shot during a tennis match at the CLTA in Chandigarh on Thursday. Pradeep Tewari