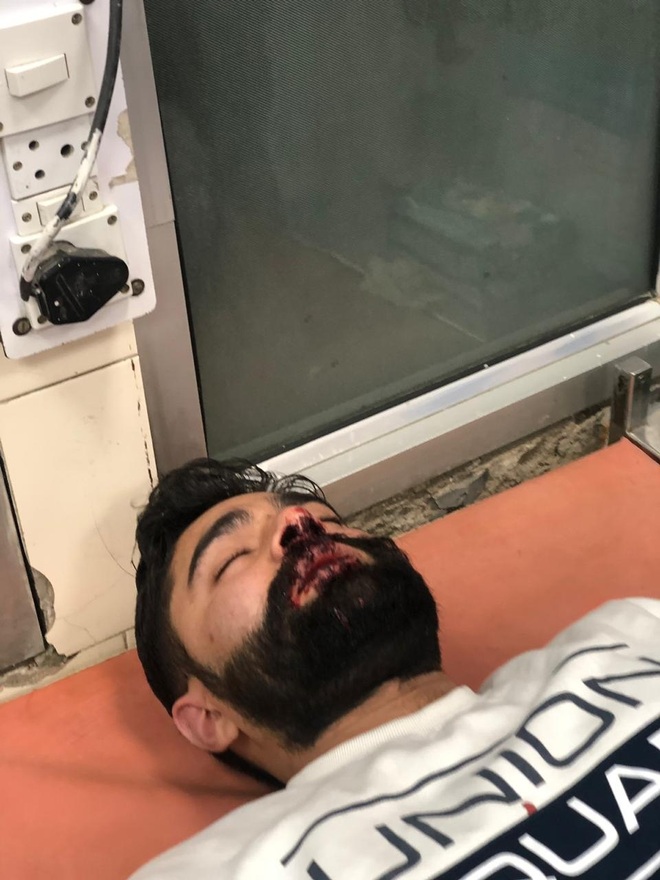 The victim, Divyansh Sharma, at the GMSH-16.

An ABVP member was injured when he was allegedly attacked by SFS supporters at the boys’ hostel number 3 in Panjab University here this evening.

The SFS, however, claimed that the incident was fallout of a vulgar comment on social media allegedly made by the ABVP member, Divyansh Sharma, a student of the UICET. Sources said the SFS had demanded an apology from Divyansh for posting a lewd comment.

During the brawl, the ABVP member got injured and was rushed to the GMSH in Sector 16, where he was administered stitches.

Parvinder Singh Katora, convener, ABVP, Chandigarh, said, “Divyansh Sharma received a call from an unknown number at 8:26 pm, asking about his whereabouts. A resident of boys’ hostel number 4, he had gone to meet his friend at hostel number three. As soon as he came out of the hostel, some 11-12 persons started beating him up. He recognised four of the attackers, who were from the SFS.”

SFS president Varinder said, “I wasn’t there at the incident. I had reacted to an abusive comment posted by Divyansh Sharma and demanded an apology from him. I was told by a friend, who was going to have dinner at hostel number 3 that Divyansh was being hit by someone.” Harman of the SFS said, “I am attending a wedding in Patiala. I wonder how my name cropped up.”

Though the Chief Security Officer of the PU could not be contacted, a senior security official at the university said, “The UT police and the PU chief security officer arrived at the spot as soon as they came to know about the fight. At first, the boy was rushed to the hospital.”

Following the incident, about 50 supporters of ABVP assembled outside the DSW’s residence and raised the ‘ban SFS’ slogan. The police have recorded Divyansh’s statement. No case has been registered as the police did not get any complaint in connection with the incident.