Accountant in Haryana VB net over graft : The Tribune India 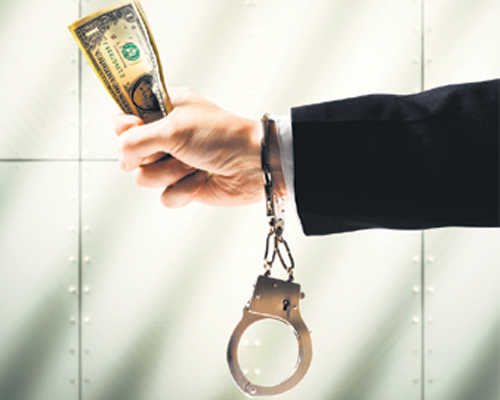 A team of the Vigilance Bureau (VB), Ambala, today arrested an employee of the Haryana Police Housing Corporation for allegedly accepting a bribe of Rs 500 for clearing a bill of around Rs 18,000.

The suspect was identified as Krishan, an accountant.

In his complaint to the VB, Saurabh Rana of Ambala City had stated that he had got the work of repairing inverter and UPS. He had submitted his bill of Rs 18,055 against the repair work done, but the accountant, Krishan, was allegedly seeking a bribe of Rs 500 to pass the bill.

Acting on the complaint, a team was constituted and the accountant was nabbed red-handed.