Active cases in Mohali jump 220% in fortnight : The Tribune India 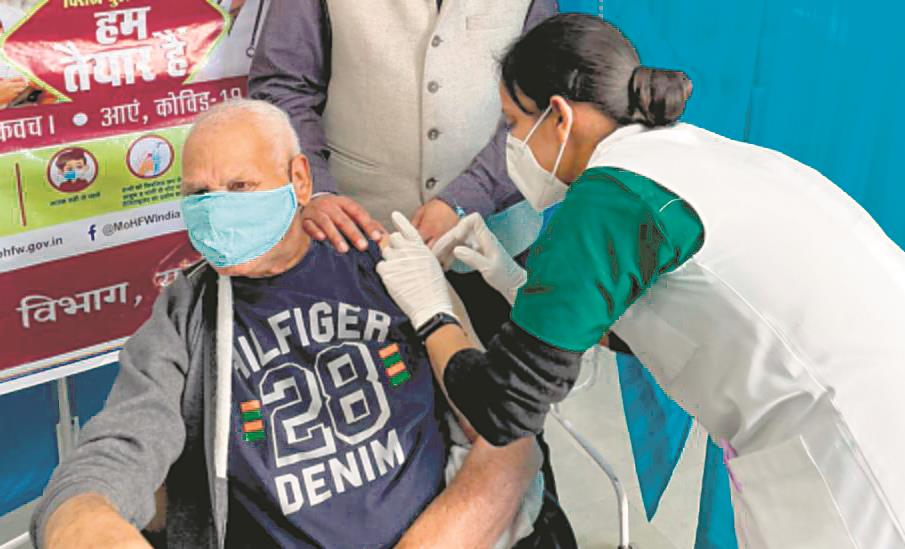 The district witnessed more than 220 per cent increase in the active Covid cases in the past two weeks. The number of active cases has gone up from 360 to 801 in the district.

During a random survey of the markets in the city and other places in the district, people were seen moving without masks, thus exposing themselves to the deadly virus even as the health authorities have been warning people against moving out without a mask.

Chandigarh: As many as 2,850 beneficiaries, including 1,643 eligible citizens (those above 60 years of age and those aged 45 to 59 with comorbidities), were inoculated on Thursday. Among those jabbed were 502 health workers and 705 frontline workers. So far, 4,736 eligible citizens have got their first dose of the vaccine. TNS

Panchkula: With the vaccination drive taking place at 20 centres across the district, 1,453 beneficiaries, including 1,184 “qualified citizens” (aged above 60 or between 45 and 59 with comorbidities), were vaccinated on Thursday. The coverage rate for qualified citizens stood at 63.2 per cent.

The Health Department had an overall target to vaccinate 2,100 beneficiaries. The vaccination centres included the Sector 6 Civil Hospital, all PHCs and CHCs and corporate hospitals. On Monday (the first day), 139 people had taken the vaccination and 271 received the vaccine on Tuesday. The number went up to 464 on Wednesday.

As many as 2,058 qualified citizens have received their first dose of the Covid-19 vaccine in the district so far. TNS

Today, the district reported 111 fresh infections, including 80 from Mohali (urban) and 17 from Dera Bassi. The district also recorded two deaths taking the toll to 388.

During a random survey of the markets in the city and other places in the district, people were seen moving without masks thus exposing themselves to the deadly virus even as the health authorities have been warning people against moving out without a mask.

Civil Surgeon Adarshpal Kaur said the sudden spurt in Covid cases in the district was due to the testing of employees of the state Assembly as the session was in progress. She said all employees were asymptomatic. She said a large number of cases from schools were also coming up as teachers and students tested positive for the virus. She said in view of the increase in the number of active cases, they had set a target of taking 1,000 samples daily. The district administration had already doubled the penalty from Rs500 to Rs1,000 for not wearing a mask and spitting in public places for each violation. Any violation also invites criminal proceedings under the provisions of the Disaster Management Act, 2005, and the IPC, 1860.

23 hours ago
8
Nation THE TRIBUNE INTERVIEW