AIR 7 for Mohali’s Arpit Narang in NEET : The Tribune India 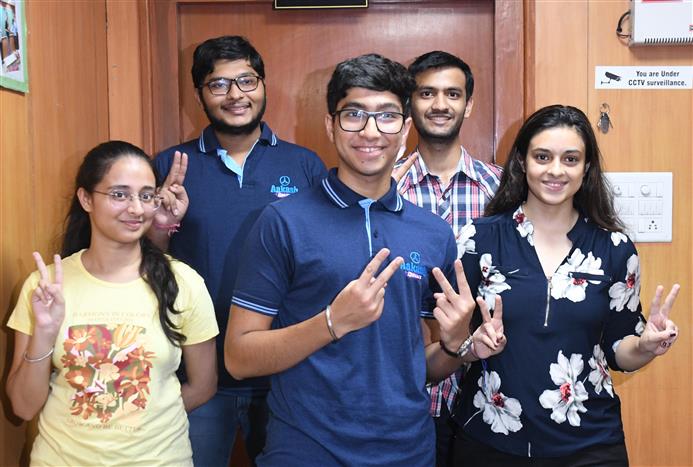 It was quite difficult for Arpit to choose between medical and non-medical streams, owing to his immense interest in both biology and mathematics. After regular interactions with doctors of the PGI, where his grandmother worked as a superintendent in the Accounts Department, he finally set his eyes on getting admission to AIIMS.

A resident of Zirakpur, Arpit has done his schooling from Dikshant International School.

Arpit, who lost his father in 2019, thanked his teachers for their guidance and encouragement. “I believe in the mantra of working hard for two years and living the rest of your life to the full. The setbacks along the way have taught me the value of life. Leaving the past behind, I want to create a better life for my mother and sister. Whatever I achieve in the future is the result of hardship my mother has faced over the years. I have immense faith in teachers and their guidance.”

“I owe my success to my parents who helped me throughout my journey. I was quite comfortable interacting with teachers as they cleared my doubts,” he said.

Arpit’s mother Preeti Narang, who works in a pharmaceutical company, said his love for medicine was evident since childhood, when he would accompany his grandmother to the PGI. He drew inspiration from doctors while interacting with them. After the demise of his father, that inspiration turned into objective, which had helped him secure AIR 7 and be the topper in Punjab.

“I have had faith in my son and he has proved that with hard work. We are proud of his achievement,” she added.

Arpit is a three-time gold medallist in the National Science Olympiad and International Mathematics Olympiad apart from being a scholar of Kishore Vaigyanik Protsahan Yojana and a state-level chess player.

The National Testing Agency declared the results of the NEET 2022 examination, conducted on July 17, on Thursday.