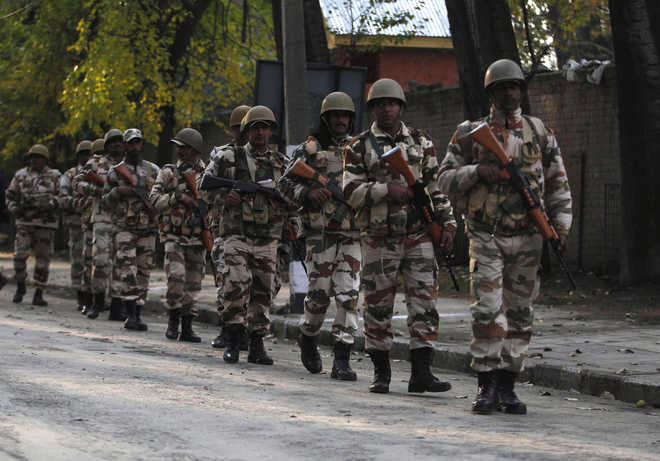 Amidst the continuing stand-off with China along the Line of Actual Control (LAC) the Indo-Tibetan Border Police Force (ITBP) has rushed to raise the newly sanctioned Command at Chandigarh that will control all ITBP formations in the western theatre.

An officer of the rank of Inspector General (IG) at the force headquarters in New Delhi has been transferred to Command Headquarters Chandigarh with immediate effect “in public interest” to head the command, sources said.

He will officiate as the Additional Director General (ADG) till the posting of a regular officer, according to orders issued by the ITBP Director General SS Deswal on June 3, sources said. This would be in addition to his present duties at New Delhi.

Following a cadre review that was approved by the Cabinet in October 2019, two new commands, one based at Chandigarh and the other at Guwahati for the eastern theatre, are to be raised. These are to be headed by officers of the rank of ADG, equivalent to a lieutenant general in the Army. “An imperative need has been felt to make these headquarters functional immediately,” Deswal’s orders state.

All ITBP ‘frontiers’ located in the eastern and western theatres would now report to their respective command headquarters. At present, the force is divided into five frontiers that report directly to Force Headquarters, along with other training, logistic and administrative establishments, through an ADG based in New Delhi. The geographical responsibility of each frontier is generally aligned with the stretch of the border shared by respective states with China.

Western Command will control the Dehradun-based Northern Frontier comprising Shimla, Dehradun and Bareilly sectors and the North-West Frontier, recently moved from Chandigarh to Leh that comprises Srinagar and Ladakh sectors. Eastern Command will control the Northern Frontier and the North-eastern Frontier. The Bhopal-based Central frontier along with the ITBP’s specialist battalions and some other establishments would be under the command of the ADG at Force Headquarters.

ITBP, mandated for the peacetime management of the border with China, has 56 service battalions and four specialist battalions, out of which 32 are deployed in border guarding duties, 11 in internal security and eight in anti-Naxal operations.

The need to create commands in the ITBP was felt to streamline command, control and coordination over field formations in view of the force expansion due to new battalions being raised, increasing commitments and raising border volatility. This necessitated the creation of new posts that included two ADGs, 10 IGs (equivalent to Major General), 10 Deputy Inspector General (equivalent to Brigadier) and 13 posts of Commandant (equivalent to Colonel), in addition to more posts at lower levels.

While the Director General of all Central Armed Police Forces (CAPFs) under the Ministry of Home Affairs is an officer from the Indian Police Service (IPS), other higher level posts are tenable by a mix of IPS and cadre officers. Till now, cadre officers could only reach up to the level of IG, but the cadre review opened doors to the level of ADG and also created more vacancies for them at other ranks.