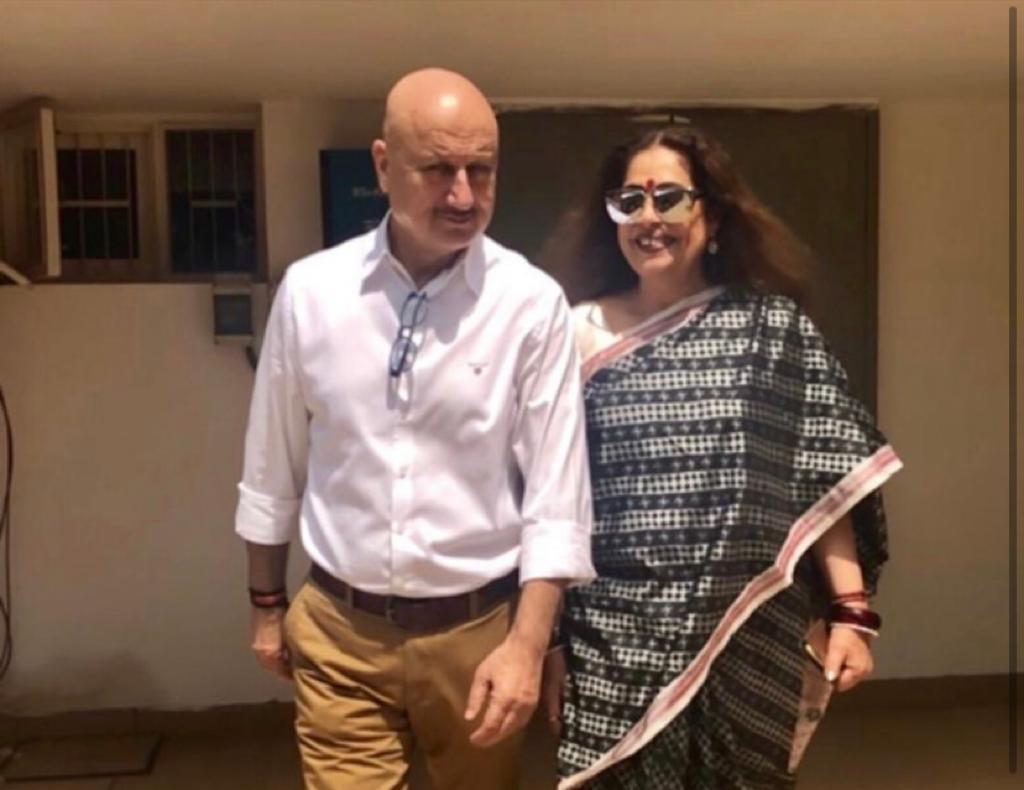 On the occasion of actor-turned-politician Kirron Kher’s 69th birthday on Monday, her husband Anupam Kher penned a heartwarming note for her along with throwback pictures to make the day special.

The ‘Saaransh’ actor took to his Instagram handle to share some priceless pictures of his wife from their family album.

In the series of pictures, the ‘Om Shanti Om’ star is seen posing with Dalai Lama, Hollywood stars- Robert De Niro and Bradley Cooper. In the last snap is a precious picture of a father-daughter duo where Kirron is seen posing with her late father- Army officer Colonel Thakar Singh Sandhu.

Alongside the pictures, Anupam also penned a heartwarming note for Kirron who is also a Lok Sabha MP.

The note read, “Happy birthday dearest #Kirron!! May God give you long and healthy life. May the Almighty grant you all the happiness in the world! People all over the world love you for the person you are! You are honest, fair, sincere and forthright! You deal with every situation in life with an amazing inner strength and grace! Stay healthy and safe! Love and prayers always!”

Today marks Kirron’s first birthday after Anupam broke the news in April that her wife has been diagnosed with multiple myeloma, a type of blood cancer. Following this, scores of fellow celebrities and fans of the celebrity couple expressed concern and wished her a speedy recovery on social media.

Meanwhile, on the work front, Anupam Kher had also won the Best Actor award at the New York City International Film Festival for his short film titled ‘Happy Birthday’, adding a feather to his cap. The film also bagged the Best Short Film award at the prestigious film festival.

Apart from ‘Happy Birthday’, Anupam has several other projects in the pipeline including ‘The Last Show’, ‘Mungilal Rocks’, and ‘The Kashmir Files’. (ANI)