Sedimentation is the process where loose soil, silt, rock and debris get deposited on the bed 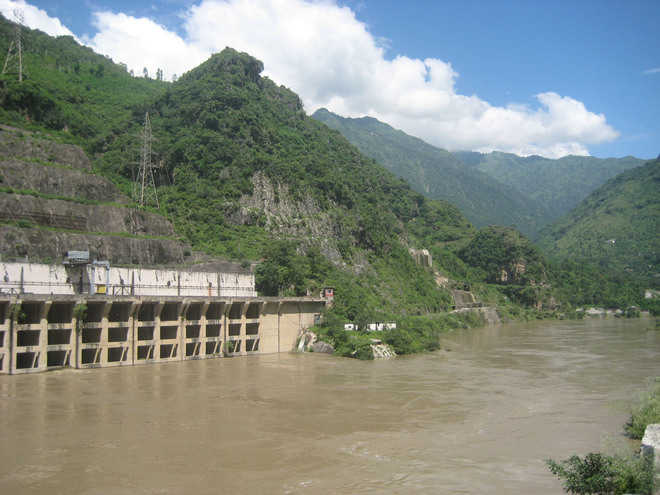 Muddy water of Bhakra at Slapper, near Bilaspur, in Himachal. Tribune file

The Central Water Commission (CWC) will undertake sedimentation studies at major reservoirs across the country to assess the change in their storage capacity as well as to determine their life expectancy.

According to sources, a list of 32 reservoirs in different states, including those situated in north India, has been drawn up where the level of sedimentation and its effects would be examined. Funding for the project has been received from the World Bank.

Sedimentation is the process where loose soil, silt, rock and debris flow in with the water that enters reservoirs and deposit on the bed. The level of sedimentation depends upon the terrain, geology and environmental conditions of the area through which the feeding rivers and tributaries flow.

Sedimentation, according to sources, is unavoidable and over a period of time, reduces the storage capacity of the reservoirs. This has detrimental effects on the dam’s intended benefits such are provision of water for drinking and irrigation, flood control and power generation.

Citing the example of the Bhakra Dam on the Sutlej in Himachal, an official said that over the past about 50 years, the designed capacity of the dam’s reservoir may have reduced by almost 25 per cent due to deposit of silt.

Sources said that the surveys and studies would be carried out through integrated hydrographic survey systems and integrated bathymetric systems that include the employment of drones and the use of artificial intelligence and powerful software tools. Execution of the project is open to both Indian as well as global firms having the requisite expertise and experience.

The project is aimed at assessing and reviewing the life expectancy of reservoirs, particularly in view of reports in certain quarters about increase in the rate of sedimentation in many reservoirs.

The study, in which each reservoir would be taken up separately, would also recommend suitable measures for increasing benefits and enhancing the reservoir life specific measures for soil conservation and catchment area treatment.

Besides topographical mapping of the reservoir bed and peripheral areas, a database would also be created for developing regional sediment indices and facilitating rational sedimentation planning for future reservoirs, sources said.