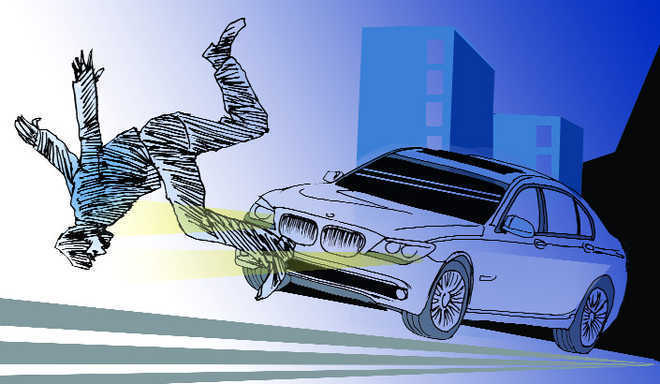 A constable was reportedly dragged for around 500 metres on the bonnet of a car after the driver was asked to show documents. Photo for representation only.

A constable was reportedly dragged for around 500 metres on the bonnet of a car after the driver was asked to show documents. The incident, reported on September 22, left the constable, Deepak Kumar, seriously injured.

The complainant, Sub-Inspector (SI) Vijay Kumarm, reported that he was on naka duty along with ASI Satish Kumar and constable Deepak in front of a police beat box in Sector 36. The SI saw an Alto car approaching the naka and signalled the driver to stop. The driver, Akshey Kumar, a resident of Toga village in Mohali, was asked to show documents of the vehicle. However, he tried to escape during which he hit the constable, who was standing a few metres ahead. The constable fell on the bonnet of the car, but the man behind the wheel kept driving the car.

The driver went towards the Sector 36/37 light point and drove towards Sector 37 from the wrong side of the road. The constable fell from the car near a government school in Sector 37 and the driver sped away from the spot. The constable was injured and admitted to Government Multi-Specialty Hospital, Sector 16, from where he was referred to the PGI.