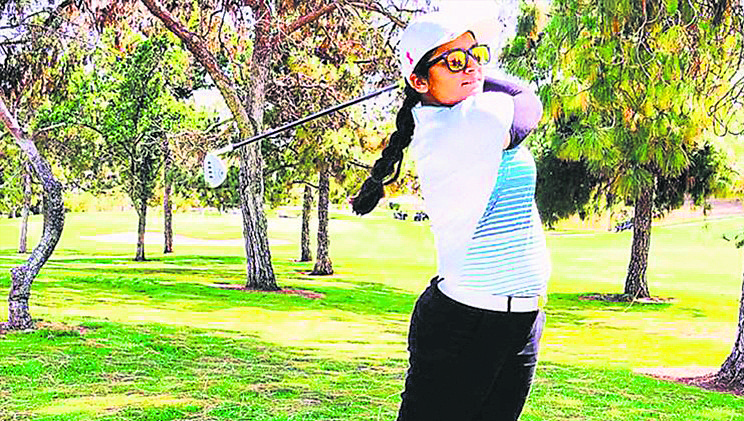 Hunar Mittal carded a 77 on Day 2 of the 6th leg of the Women’s Pro Tour in Gurugram on Thursday. WGAI

Amateur Asmitha Sathish carded a 1-under 71 to replace Chandigarh’s Hunar Mittal at the top on the second day of the sixth leg of the Women’s Pro Tour at the Classic Golf & Country Club in Gurugram today.

Asmitha’s card included five birdies and four bogeys. The budding golfer, who was tied 4th overnight, gained three places to share the lead with Vani Kapoor after the Delhi golfer shot a par 72 to jump a place on the leaderboard on Thursday.

The biggest gainer of the day, however, was Gursimar Badwal. The Kapurthla golfer, who was tied 13th at the end of the opening round, scored the day’s best card of 67 to leapfrog to tied 3rd, along with Pranavi Urs (75-71).

Hunar, who shot an opening round of 72, failed to replicate her performance as she carded a disappointing 5-over 77 to fall six places to tied 7th. She was accompanied by Oviya Reddi (75-74).