State of hospitals: At PGI, attendants at the mercy of the elements : The Tribune India

State of hospitals: At PGI, attendants at the mercy of the elements

Forced to put up in corridors, parks and pavements amid sweltering heat 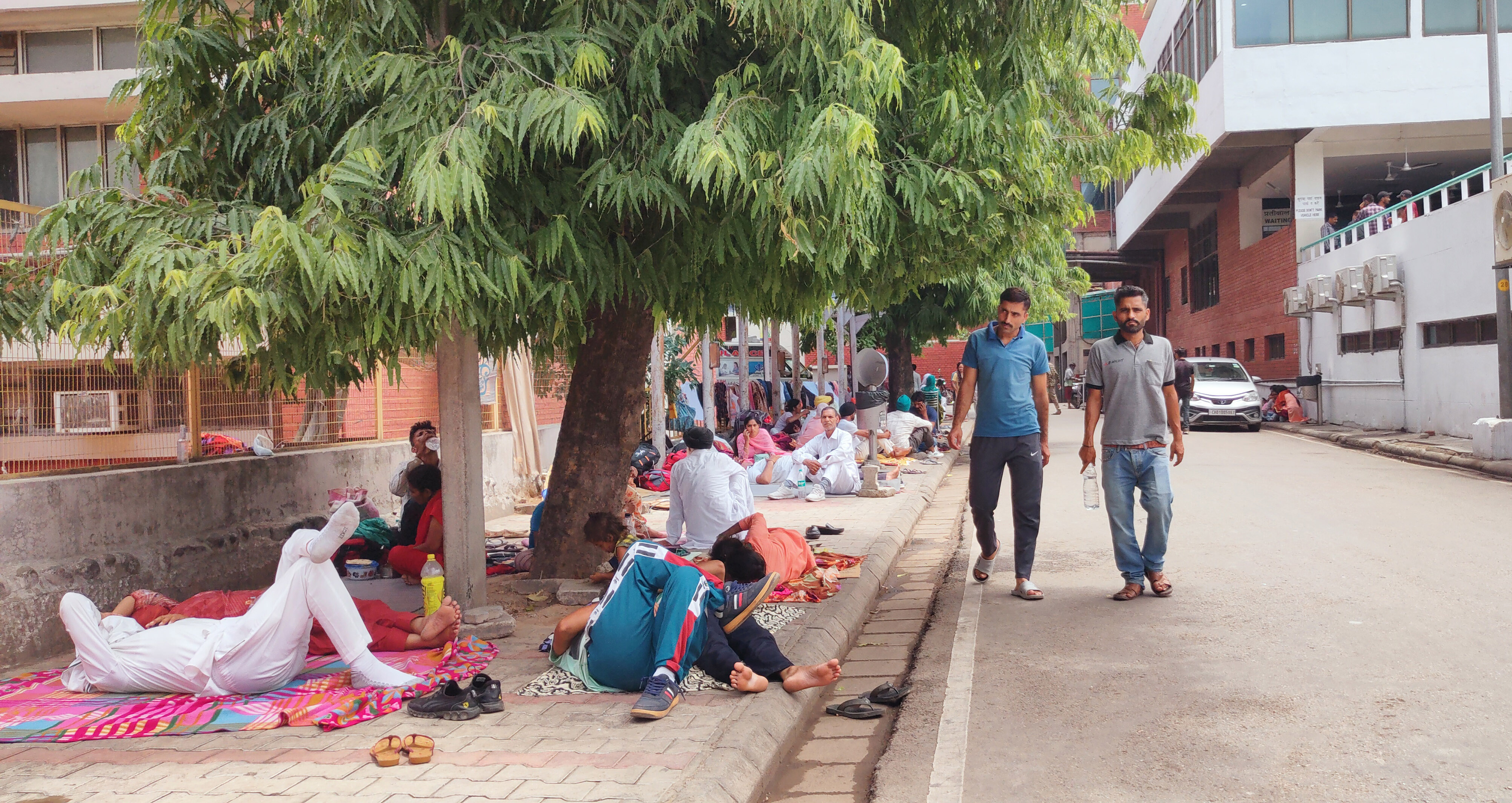 Attendants of patients wait outside the emergency at the PGI, Chandigarh, on Thursday. Tribune Photo: Pradeep Tewari

Patients from far-off places such as Uttar Pradesh, Himachal, Bihar and Rajasthan come to the PGI for treatment as their last hope and their attendants spend days staying up day and night on the hospital premises.

There are two-three serais and Gurdwara Sahib near the PGI which these attendants use for changing clothes and taking a bath.

Khushnuma (40) has been staying outside the emergency block along with three children for the past 17 days as her husband is being treated in the emergency. “I have not eaten food for the past two days. One of my kids is unwell due to the extreme hot weather. There is no option but to put up here in this miserable condition.” Shehnaaz (50), along with five of her family members, was inconsolable as her son was seeking treatment after he suffered brain haemorrhage. The family has been staying on the pavement near the emergency ward and braving the heatwave for two weeks now.

In the absence of adequate seating arrangement for the attendants who come from far-off places, they are usually spotted under the shade of a tree or under the small shed where only two to three fans are installed for them. Other patients’ relatives are seen putting up in open parks with essential items and bags. They are surviving on food being offered by philanthropists.

“For the past three days, I have been running from pillar to post. There is no arrangement for the stay of attendants. We are sleeping in corridors at night. There should be a provision for rest houses, at least for attendants,” said an attendant of a patient.

Alok (50) has been at the PGI for over a month for his mother’s treatment for cancer. The chemotherapy takes place every 15 days in the OPD Block and thus he cannot go back to Bihar where he stays.

PGI Deputy Director Gaurav Dhawan said, “The PGI suffers from heavy rush from nearby states and we cannot say no to any patient. The solution lies in managing the rush. There should be arrangements for attendants and there are some serais where rooms are available for the attendants. However, no amount of arrangement will suffice the footfall of patients at the PGI.”