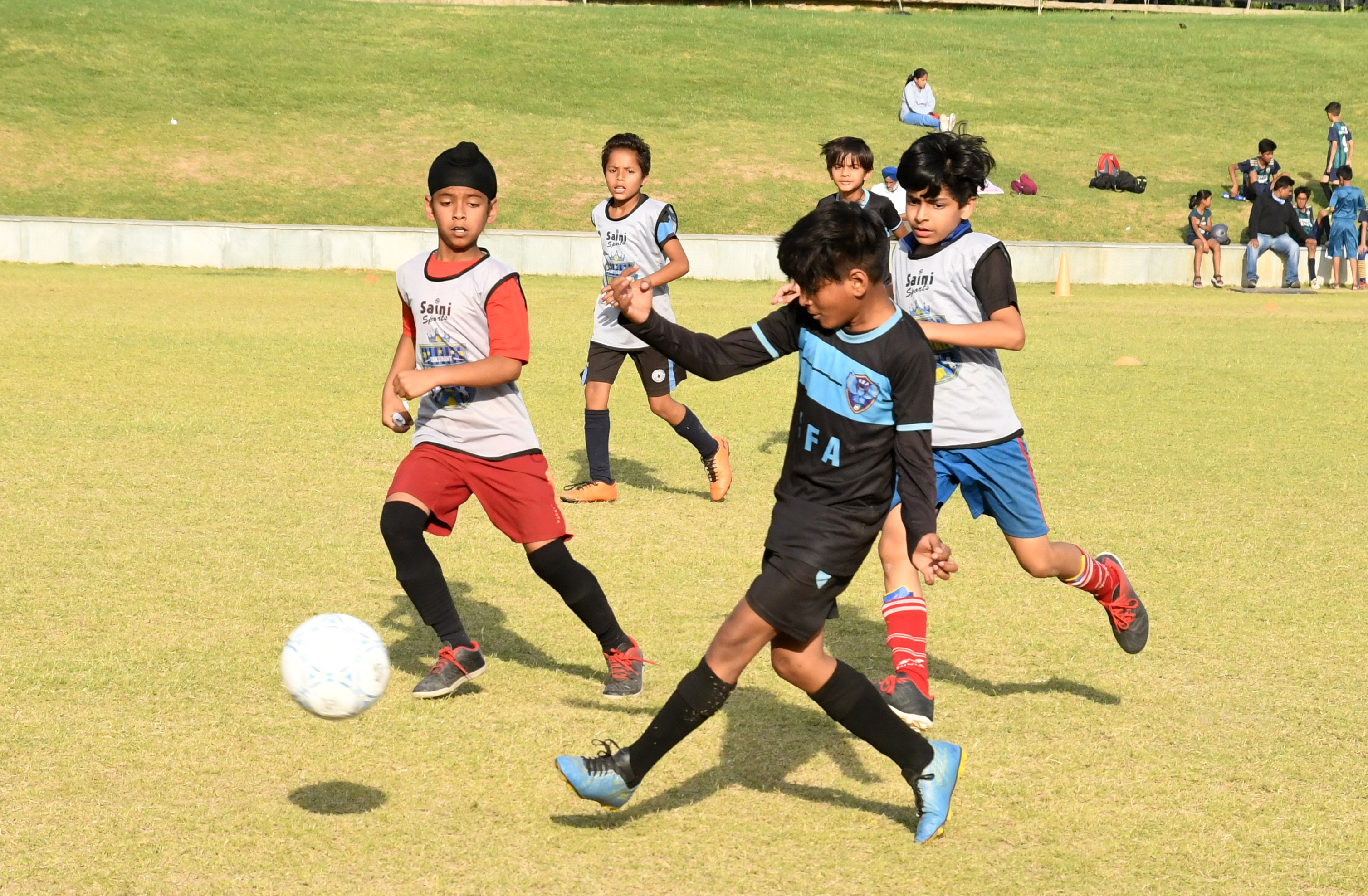 Players in action during a football match in Sector 17, Chandigarh, on Sunday. Pradeep Tewari

Sandhu Academy won the boys’ U-8 title by defeating Little Champs 2-0 in the final of the Baby League Carnival, at Urban Park, Sector 17, today.

AIFF General Secretary Kushal Das awarded the winners and appreciated the efforts made by the Chandigarh Football Association for organising this championship.