Baltana showroom had no fire NOC : The Tribune India

Baltana showroom had no fire NOC 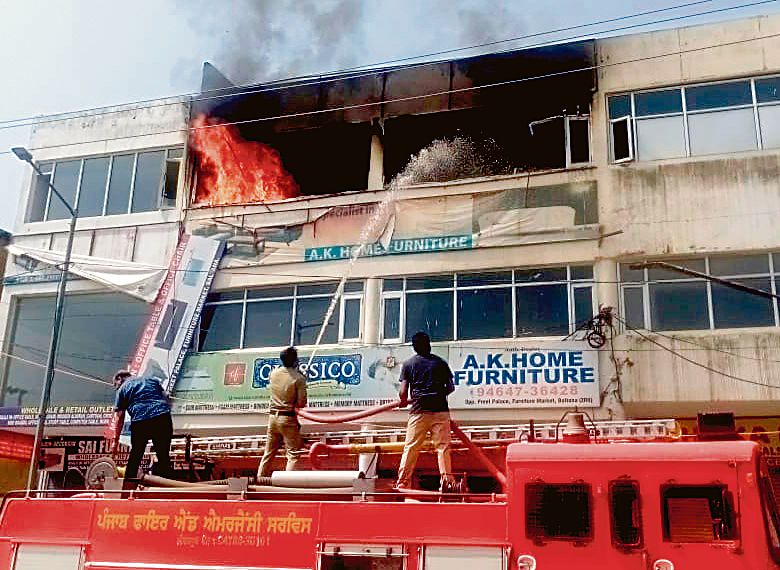 Firefighters battle a blaze in a furniture shop in Baltana. - File photo

A team of the fire department of the Municipal Council today inspected the furniture showroom in Baltana, which was gutted in a major fire yesterday, and found shortcomings in the fire safety arrangements there.

Fire officers Jaswant Singh and Rajiv Kumar inspected the building in the afternoon and found that the showroom owners did not have an NOC from the fire wing. Despite inflammable things, such as spirit, paint and foam, being used at the showroom, the owner had made no firefighting arrangements there.

“The showroom owners have been instructed to send the approved map and the building plan to the department within two days after which it will take appropriate action,” said Rajiv Kumar, who was present at the spot yesterday.

On Tuesday morning, a major fire engulfed the top floor of the AK Furniture (showroom No. 4 and 5) in the Baltana furniture market. Twelve fire engines were pressed into service, which took about two hours to control the flames.

“It has been noticed that some showroom owners have carried out illegal constructions. Some of them do not have NOCs from the fire department. Appropriate action will be taken against the owners as per the law,” the officials said.

“The Municipal Council will again do a survey of such buildings. We are already monitoring the construction of buildings up to the prescribed height. Commercial buildings will be surveyed to see whether the map is passed,” said Ravneet Singh, Executive Officer, Municipal Council, Zirakpur.