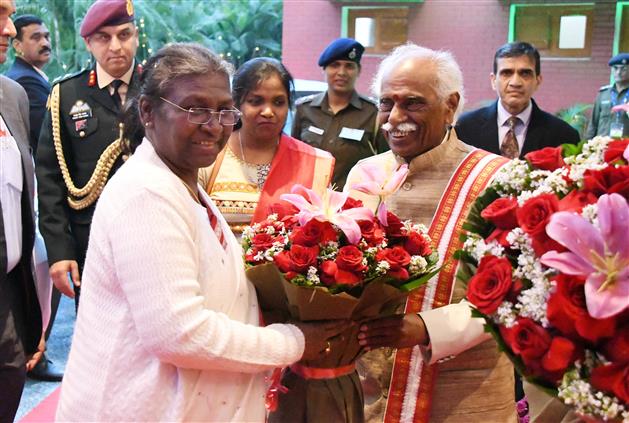 Mohali: The district administration has banned flying of drones or unmanned aerial vehicles in the area of three km from the airport in view of President Droupadi Murmu’s visit to Haryana and the UT. The order will remain in force till November 30. TNS

Chandigarh: The police arrested Nitin Lalan (20), alias Toni, of Mauli Complex after he was found in possession of 10.6 gm of heroin near a government school in Raipur Kalan. TNS

Chandigarh: A theft took place at a house in Sector 15. The complainant, Punit Singhal, stated that around 250 gm of gold was stolen from his house. A case has been registered at the Sector 11 police station. TNS

Mohali: Dr BR Ambedkar State Institute of Medical Sciences will conduct its first revised basic course workshop from November 30 to December 2 as mandated by the National Medical Commissioner (NMC) to train faculty members for newer and innovative teaching, learning and assessment methods. The workshop will be organised under the guidance of the NMC, nodal centre – CMC, Ludhiana, with the support of Dr Bhavneet Bharti, Director-Principal of the institute. Dr Shivani Jaswal from the GMCH-32 will be the NMC observer for the three-day workshop. TNS

Panchkula: Haryana Speaker Gian Chand Gupta launched Nirogi Haryana Yojana at the Civil Hospital in Sector 6 here on Tuesday. Under this scheme, Antyodaya-listed families, whose income is less than Rs 1.80 lakh per year, will be provided free health check-up and necessary treatment facilities. Under this scheme, ANM and ASHA workers of the Health Department will contact the beneficiaries in their respective areas and give them invitation letters to come to the health facilities. He said the beneficiaries were divided into six categories. A total of 42,000 Antyodaya families had been identified, which include 1,82,354 beneficiaries. TNS

Chandigarh: West Bengal lads defeated Chandigarh by 50 runs in a league match of the Cooch Behar Trophy at Eden Gardens, Kolkata. Chasing the target of 189 runs, Chandigarh boys bundled out for 138 runs. Chandigarh has now 13 points after two wins and two defeats in the tournament. The side will play their last match against Gujarat, on December 3, at Valsad. TNS

Chandigarh: The Dodgeball Association of Chandigarh will hold state championships (boys and girls) for the 9th CL DAV School Dodgeball Trophy, on December 4. The championship will be conducted in the senior group (no age bar) and sub-junior (born on or after December 31, 2008) categories. The interested teams can send their entries to the organisers before December 3. TNS

Chandigarh: Asmita Kataria claimed four wickets to help Panjab University women’s team reach into the semifinals of the North Zone Inter University Cricket Tournament at Sundernagar. The side defeated CSJU, Kanpur, by nine wickets and now qualified for the All-India Inter University Cricket Tournament. Batting first, the Kanpur team bundled out at 49 runs. Asmita claimed 4/5, while Nandani Sharma and Pushpa Bishnoi claimed one wicket each for the bowling side. In reply, Panjab University eves scored 51/1 as Aaradhana Bisht (30), Baljit Kaur (16) and Simran Bhati (11) scored majority of the runs. TNS

Patiala: Senior Secondary Model School, Punjabi University, celebrated NCC day on Tuesday. Associate NCC Officer Satvir Singh talked about the origin and the history of the NCC movement. The Founder of NCC in India, Pt HN Kunzru was remembered on the occasion. TNS 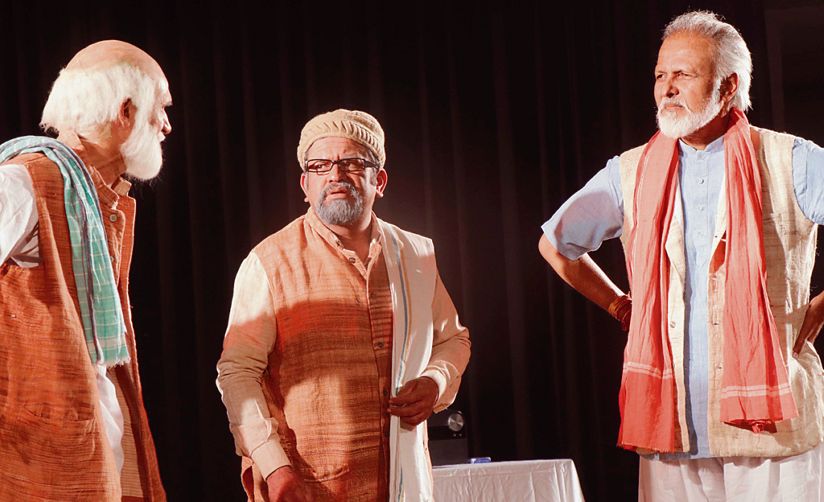