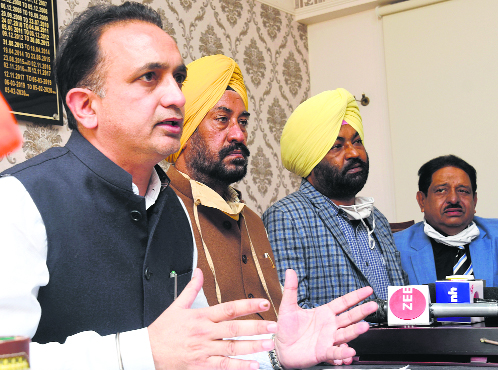 Extending support to farmers, the Bar Council of Punjab and Haryana, today urged the Centre to withdraw the farm laws.

He said under the new Acts, the disputes will be heard by SDM/ADMs who are not trained to hear the litigation involving civil consequences and moreover, they are administrative organ of the government and would be unable to protect the rights of farmers.

Karamjit Singh said advocates of Punjab and Haryana for the last two months have been actively participating in the farmers’ agitation. He said the council also supports the Bharat Bandh call given by farmers for December 8 and requests the advocates of Punjab, Haryana and Chandigarh, including Punjab and Haryana High Court, to abstain from work on the said date. The Bar Council is also writing a letter to the Chairman BCI and to the Chairman’s of all state bar councils throughout the country to support the call of Bharat Bandh by abstaining from work. The Bar Council of Punjab and Haryana have decided to send 1,000 blankets and dry ration to farmers at Singhu border.

The Petrol Pump Dealers’ Association, Punjab, has also extended its support for the Bharat Bandh call of farmer organisations.