Behind the bars for long time no ground for bail, says court 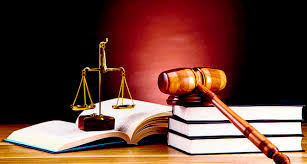 An accused is not entitled to discretionary relief of bail, merely on the ground that he has been behind the bars since July 24 last year, a local court here observed while dismissing the bail application of Hallo Majra resident Surdeep, who has been accused of attacking a person with knives and sticks.

In view of the serious allegations against the applicant, the court is of the opinion that at this stage, the applicant is not entitled to the concession of bail, said Additional Sessions Judge Dr Rajneesh.

The FIR was based on the complaint of Pawan Kumar.

The complainant had alleged that he and his friend Mandeep, aka Guli, were attacked when they were roaming in Hallo Majra about 6 pm on June 7, 2020.

Kumar alleged that Viru, aka Kancha, Monu and Dalip, along with three other boys, armed with knives and sticks attacked them and when the people in the neighborhood started gathering at the site, they fled from the spot.

During the course of investigation, accused Dalip, Viru and Vishal, aka Vikshi, were arrested on June 10, 2020. Monu and Surdeep, aka Rokra, were held on July 24, 2020.

After completing the investigation, a challan was presented in the court on July 29, 2020.

Opposing the bail, the public prosecutor said medical record revealed both the victims suffered injuries and accused Surdeep was also a member of the group armed with deadly weapons.

The prosecution said if Surdeep was given the bail there was a possibility that he might hamper the process of trial by influencing or threatening the witnesses.

Surdeep’s counsel, meanwhile, said his client had been behind the bars since July 24, 2020.

He has been falsely implicated in the present case. Neither his name is mentioned in the FIR nor has any recovery been made from him, the counsel added.

After hearing the arguments, the court said no doubt, challan was presented in the court and trial was pending, but the accused was not entitled to discretionary relief of bail.

Rather, the possibility of his hampering the process of trial by influences or threatening the witnesses and also indulging into such like other offences may not be ruled out if allowed the bail, the court observed.