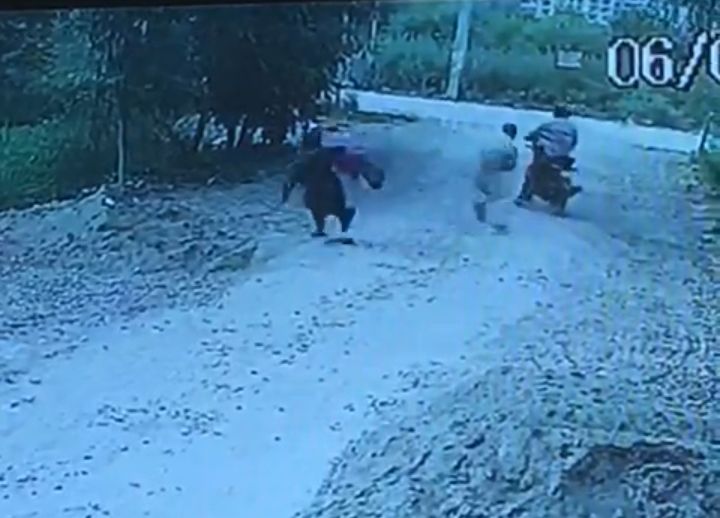 A CCTV footage of the suspects targeting the woman.

The victim, Virender Kaur, was returning home from the market when the incident took place. Two unidentified motorcyclists came from behind and snatched the gold chain from the woman on a secluded stretch of the road.

One of the snatchers deboarded the bike, while another suspect went a little ahead of the woman and took a U-turn. In the meantime, the suspect

on foot attacked the woman from behind. The women fell backwards after the snatcher caught hold of her chain.

Though the woman tried to resist the snatcher, she fell down in the melee and sustained injuries. The suspects fled from near the gate of Chikitsak Heights in Singhpura towards the National Highway.

The victim’s family members she was terrified and was not able to sleep after the incident.

Zirakpur SHO Deepinder Singh Brar said on the basis of the complaint, a case had been registered. Further investigations had been initiated into the case.