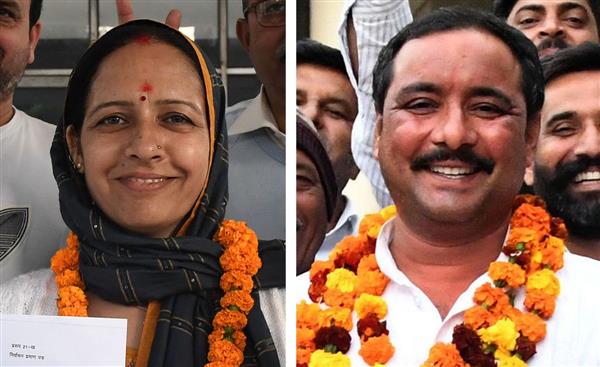 In a major setback to the BJP, the party failed to win even a single zila parishad seat out of 10, results of which were declared today. 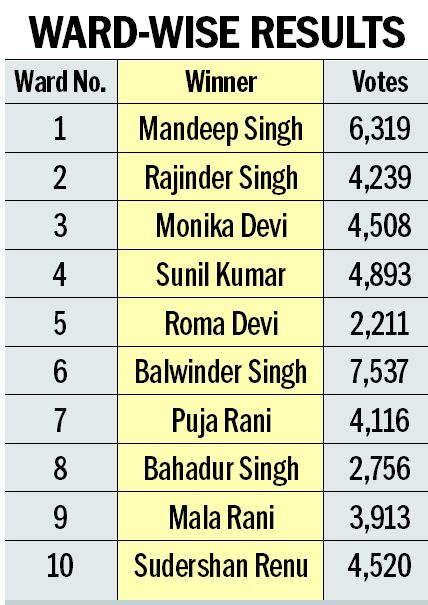 Independent candidates, either backed by the Congress or Dushyant Chautala-led Jannayak Janata Party (JJP), registered victory on all seats. The JJP is an alliance partner of the BJP in Haryana.

The BJP had fought the elections on the party symbol, while the Congress and JJP had lent support to Independent candidates.

The elections were held on eight zila parishad seats in the Kalka Assembly constituency and two in the Panchkula segment.

The results are likely to have a bearing on the upcoming Assembly elections.

In the recently concluded sarpanch elections, the BJP had won 17 out of 19 seats in the district, and was expected to win at least three to four zila parishad seats. But its hopes were dashed as party candidates faced defeat in all 10 seats.

The BJP had lost the previous elections in the Kalka Assembly segment, from where Congress candidate Pradeep Chaudhary was elected. Chaudhary described today’s victory as the outcome of “people’s anger against the government”.

In Panchkula, from where BJP’s Gian Chand Gupta, the Speaker of Haryana Legislative Assembly, was elected as the MLA, the party was expected to win both seats. However, there was despair in the party after the election loss.