Only 6-7% healthcare, frontline workers have taken the third shot so far 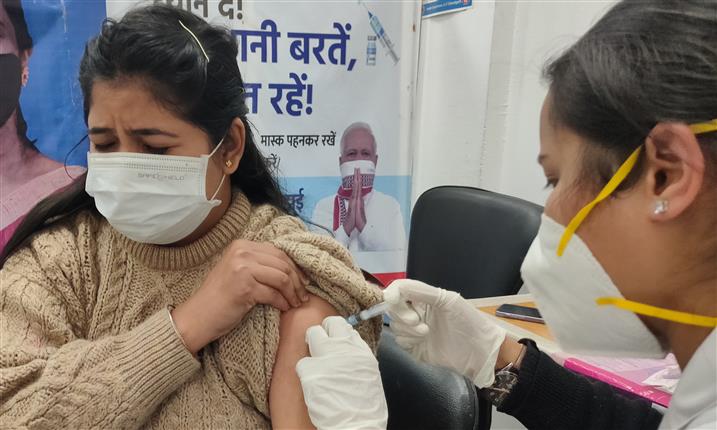 A girl gets the Covid vaccine at the GMSH, Sector 16, Chandigarh, on Sunday. Tribune Photo: Pradeep Tewari

The response to the booster dose has failed to gather pace among healthcare workers (HCWs) and frontline workers (FLWs) as only 6 to 7 per cent beneficiaries of this category have availed of the booster dose, also known as the precaution dose against Covid-19. 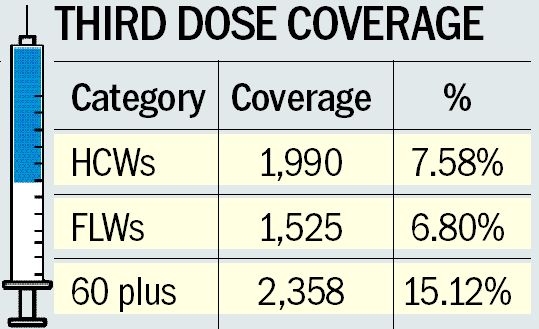 The booster dose for senior citizens, healthcare workers and frontline workers was started on January 10. As per the UT estimate, around 15,600 beneficiaries would require the booster shot as they are above 60 years and have comorbidities. Besides, there are 26,237 HCWs and 22,438 FLWs in Chandigarh.

The Director, GMCH, Sector 32, Dr Jasbinder Kaur, said, “The response to the vaccine is more among children between 15 and 18 years of age. Although HCWs are taking the booster shot, the number is not very high. The pace will gradually pick up.”

Chandigarh has jabbed 41,203 children in the age group of 15 to 18 with the first dose of Covaxin, which translates into 57.23 per cent turnout for the shot. The Administration aims at inoculating all children by the end of this month. There is a target of 72,000 children in this age group

Meanwhile, 98 per cent of the target population has been vaccinated with the two doses of Covishield in the city. The UT has administered over 70,000 doses in the week ending January 14 and over one lakh doses in the week prior to that.

One of the factors behind the slow response to the booster dose among HCWs is that many have turned positive recently and will not be eligible for the booster shot for the next three to six months.