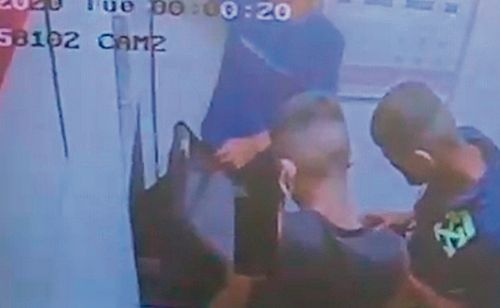 A grab of CCTV footage shows miscreants breaking an ATM.

The UT police have shared the CCTV footage of suspects involved in an attempt to break an ATM, with their Panchkula and Mohali counterparts. The police said the miscreants were suspected to be from nearby areas.

Three miscreants attempted to break an ATM of the Axis bank at Subhash Nagar, Mani Majra. Sources said inputs from the local residents were also being gathered to establish the identities of the suspects.

“The suspects are young and seem to be from nearby areas. Keeping in mind these clues, the CCTV footage has been shared with the police of Panchkula and Mohali,” said a police official. — TNS