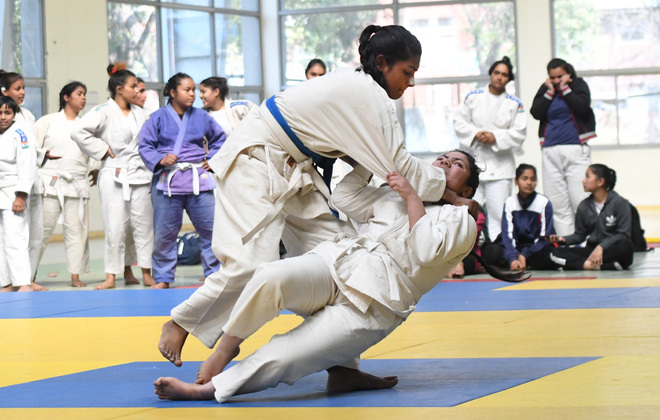 Players in action during the Senior State Judo Championship, organised by the Amateur Judo Association of Chandigarh, at the Sector 34 Sports Complex on Thursday. RAVI KUMAR

Chanderpal won the men’s U-60kg category gold in the Senior State Judo Championship at the Sector 34 Sports Complex. Jatin Kumar claimed the silver, while Prince and Rihan got the bronze.

In the women’s U-48kg category, Kamini Yadav beat Madhuri to win the gold. Kiran and Shabina got the bronze.

Jyoti Maurya defeated Pulkita to win the U-63kg final, while Shivani and Simran claimed the bronze.