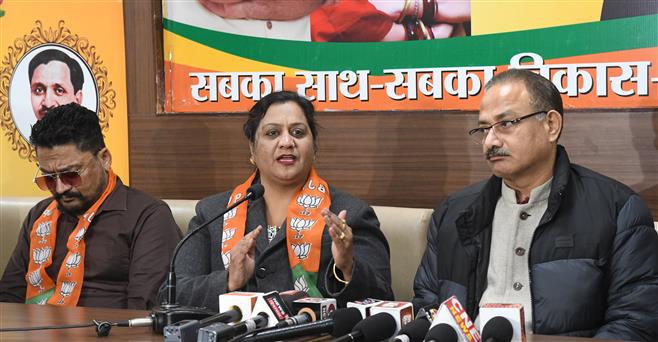 General secretary of AAP’s woman wing Amanpreet Kaushal, along with her supporters, has joined the BJP.

General secretary of AAP’s woman wing Amanpreet Kaushal, along with her supporters, has joined the BJP.

Spokesperson for the BJP Kailash Jain said two more leaders of AAP, Amit Kaushal and Preet Inder Moudgil, also joined the saffron party. Arun Sood, city BJP president, presented them with robes on joining the party during a ceremony at the party office in Sector 33.

“I joined the party as I was impressed with the policies of PM Narendra Modi and the BJP. Under his rule, the country has progressed fast and all sections of society are benefitting without any discrimination,” said Amanpreet. She had contested from ward number 5 on AAP ticket but lost by 1,900 votes.