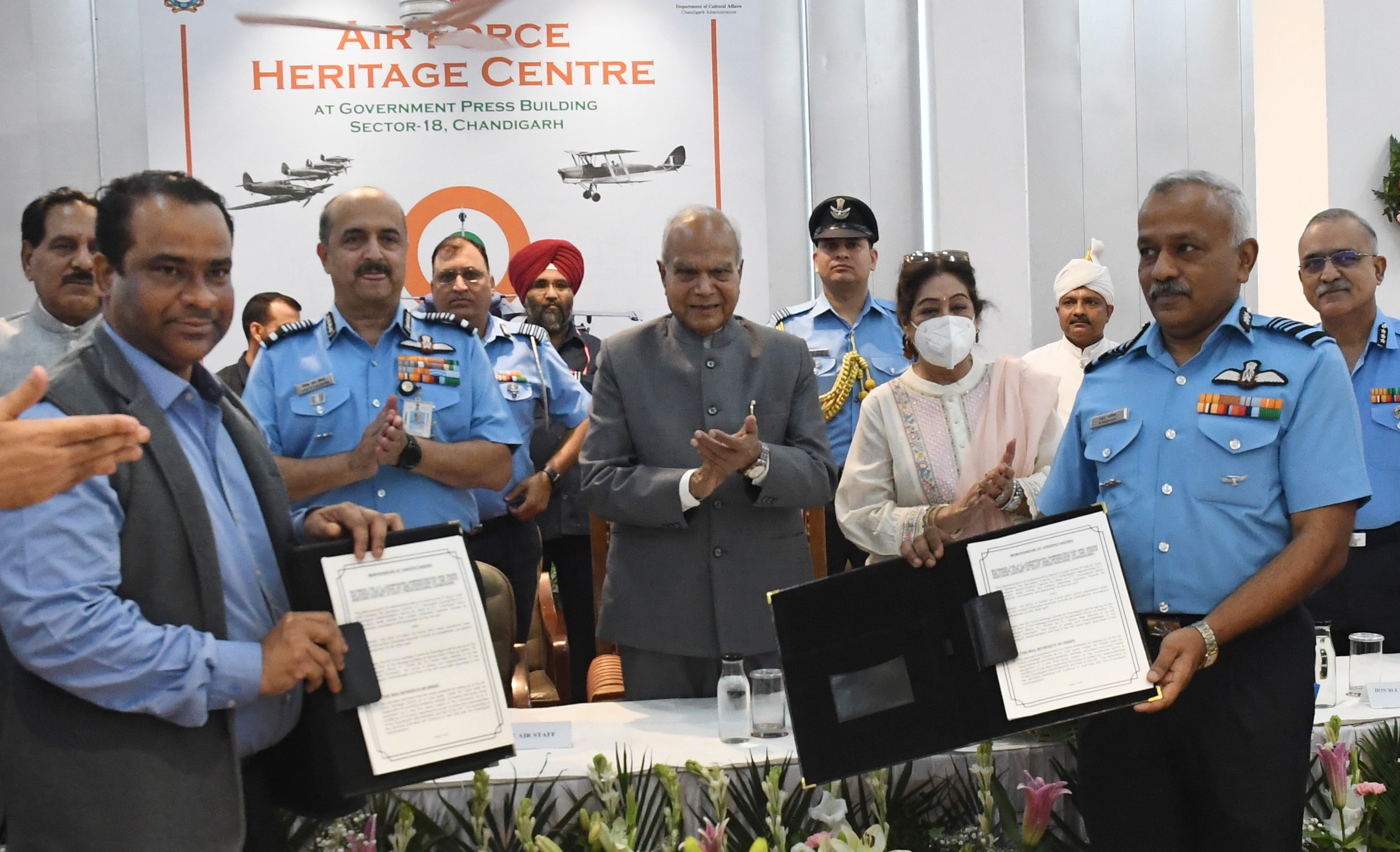 The MoU being signed in the presence of UT Administrator Banwarilal Purohit, Air Chief Marshal VR Chaudhari, Chief of the Air Staff, and MP Kirron Kher in Chandigarh on Friday. Manoj Mahajan

It will be informative and motivate our youth to join the armed forces. This will also provide job opportunities to the youth. The centre will highlight the crucial role of the IAF in various wars and assistance rendered by IAF for civil air operations.

The Chief of Air Staff also presented a model replica of a propeller of an IAF aircraft as the first IAF artefact of this centre. The Administrator said the heritage centre would bring awareness in the region, particularly among students, about the role and contribution of the IAF to national security and defence.

The heritage centre will attract tourists from different regions and will also be one of the most educative and informative centres for the people. On August 27 last year, the UT Administration and the IAF had signed an Agreement in Principle (AIP) for setting up of the heritage centre in the presence of the then UT Administrator VP Singh Badnore and had started the work. — TNS

What all it will have

The centre will have simulators, decommissioned aircraft, aero engines and other IAF artefacts. The centre will include virtual reality and AI technology.