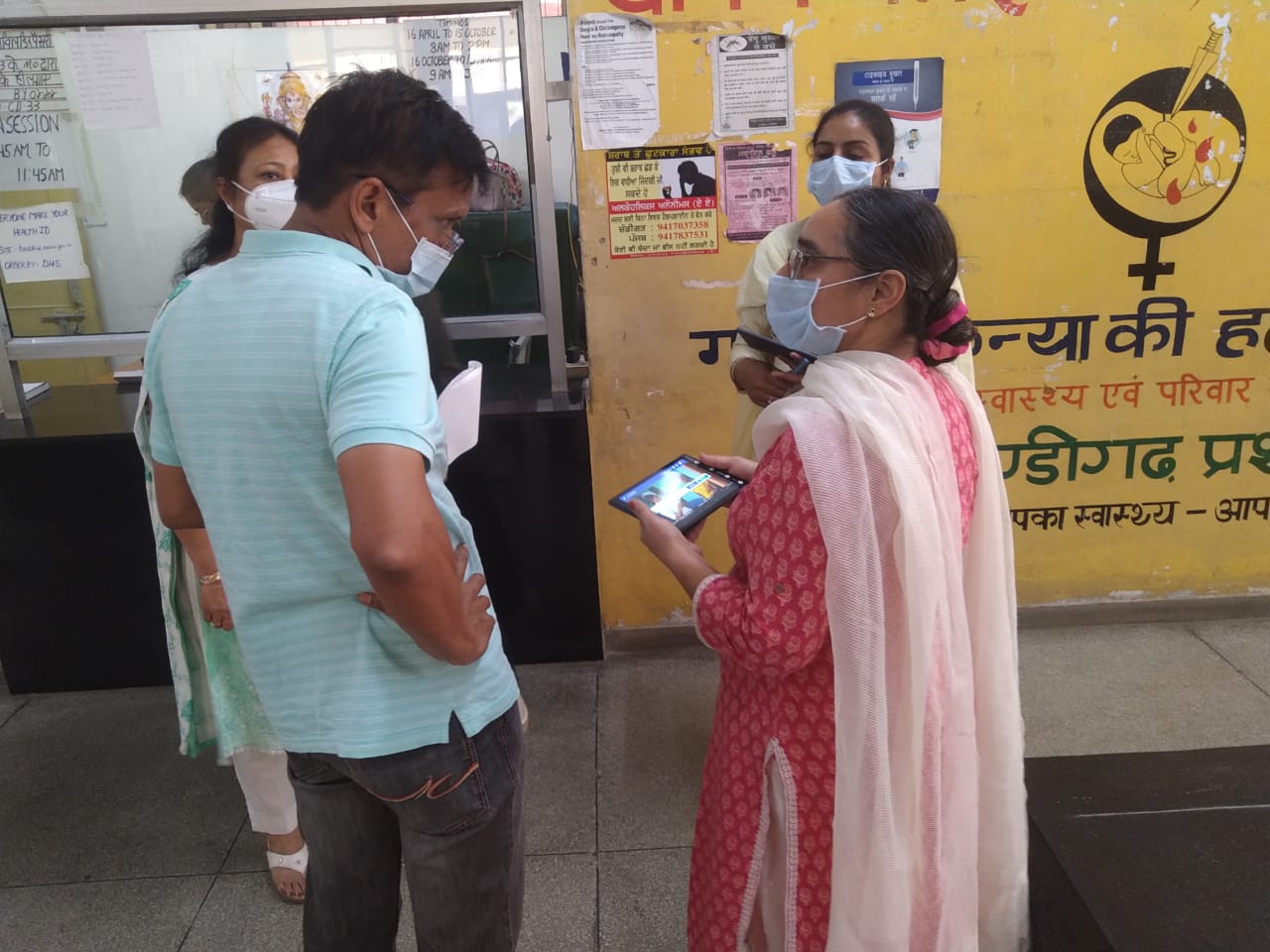 UT Health Secretary Yashpal Garg conducts a surprise visit at a Health and Wellness Centre in Chandigarh on Saturday.

The UT Health Secretary, Yash Pal Garg, conducted a surprise visit to health and wellness centres (HWC) today and found staff not performing their duty properly. Garg ordered for the transfer of the erring staff and issued instructions to the Health Department.

The SMO in-charge of the HWC-33 has been ordered to be immediately transferred after she was found chatting with a pharmacist (outsourced) and not attending to patients. The patients were being attended to by a peon at the pharmacy counter.

The SMO will now report at the GMSH-16 for further posting and some alternative arrangements will be made for HWC-33. Garg also pointed out that the in-charge was continuing at the same place for the past more than 22 years even after her promotion from Medical Officer to Senior Medical Officer.

‘Indifferent attitude due to long stay at one place’

“In the past few months, after the inspections of several HWCs and interaction with persons in charge there, I have realised that due to a long stay at one place, some of them have developed an indifferent attitude and are quite assured about their continuation at the same place irrespective of their performance. Such misconception needs to be cleared and a clear message should go that only performance will matter,” said Garg.

“Any act of bringing any extraneous pressure for transfer or posting will be treated as a misconduct and disciplinary proceedings will be initiated against the officer concerned. We must ensure that the medical officer in-charge of all HWCs are energetic and should be eager to take initiatives for achieving the given mandate,” Garg ordered.

An outsourced staffer employed under Malaria Progamme and deployed at HWC-23 has been ordered to be replaced after he was found sleeping during the working hours.

Besides, issues of sanitation and seepage in the chamber of the medical officer were also flagged by the Medical Officer of HWC-11. According to the Medical Officer, the sanitation staff of the Municipal Corporation are using the campus of the HWCs for dumping the nearby waste despite objections.

No sanctioned posts of SMOs for HWCs

Garg also sought an explanation for allowing the posting of SMOs at the HWCs, while no posts of SMOs have been sanctioned for the centres. He asked why their services were not being utilised at the GMSH-16 and at the three civil hospitals which were in dire need of such senior doctors for better patient care.

During the inspection, it was found that many centres started biometric attendance today. Garg also sought an explanation from the officer concerned for giving “incorrect information” that the biometric attendance system had been made functional at all HWCs with effect from May 1.

The UT Administration has given a clear mandate that the HWCs located in different parts of the city need to be upgraded and modernised in such a way that Chandigarh becomes a role model for the rest of the country. “The HWCs are to be the focal point for efficient delivery of all health services except those requiring physical presence at major hospitals,” said Garg.