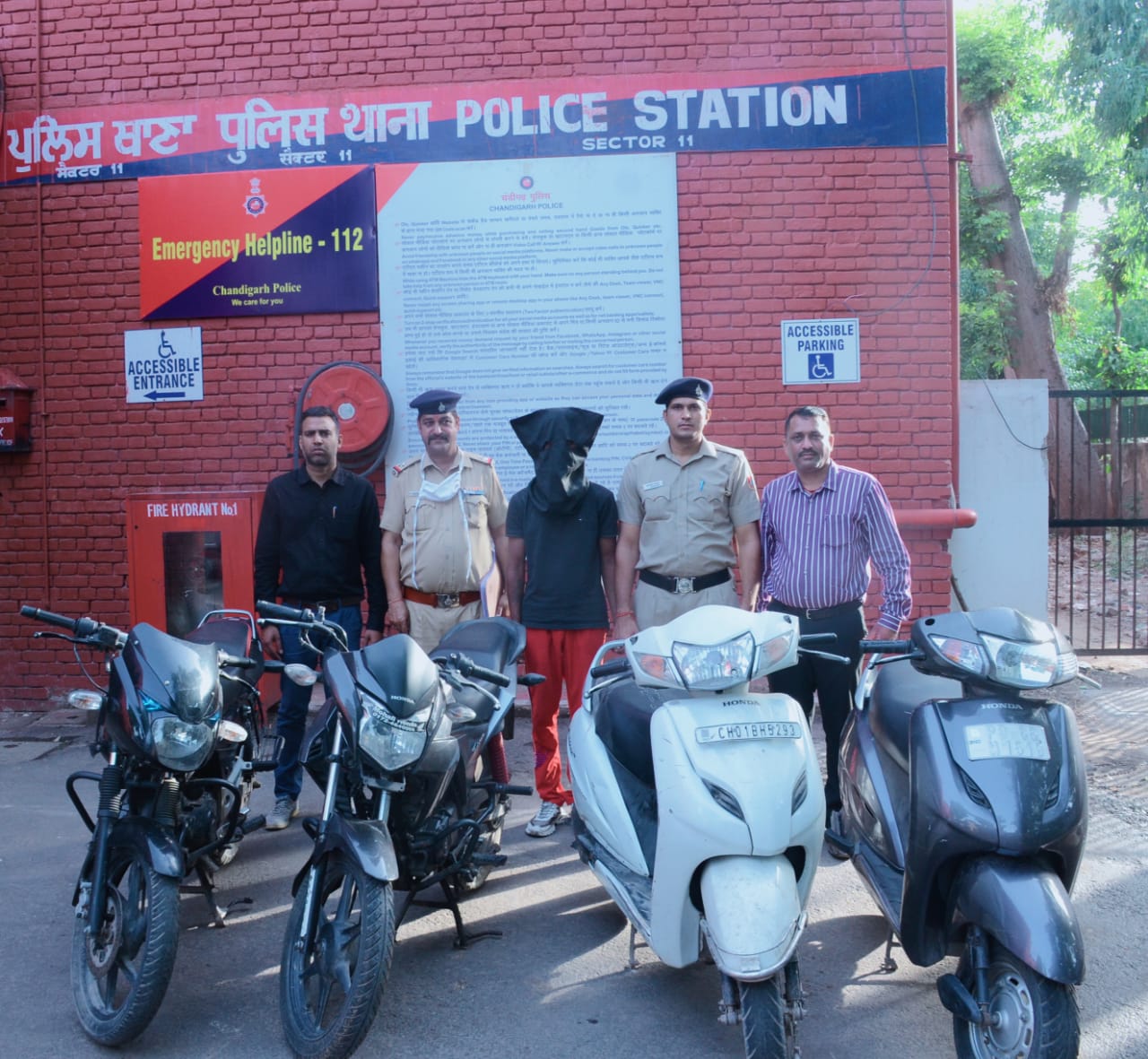 The vehicle thief in the custody of the UT police.

A vehicle thief has been nabbed by the UT police and four two-wheelers have been recovered from his possession. The suspect, Simranjeet Singh, alias Sabby (26), a resident of Sector 52, was arrested by a team of the Sector 11 police station.

The police said the suspect was arrested from near a government school near the PGI while riding a motorcycle bearing a fake registration number on May 22. During investigation, the police found that the motorcycle was stolen from Ambala Cantt on May 21. A case has been registered against him at the Sector 11 police station. The police said the interrogation of the suspect further led to the recovery of three stolen two-wheelers.

“We are verifying where these were stolen from,” said a police official. 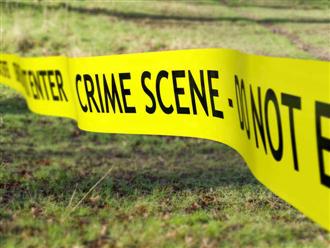 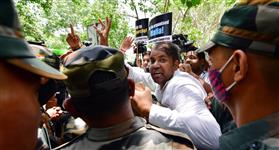