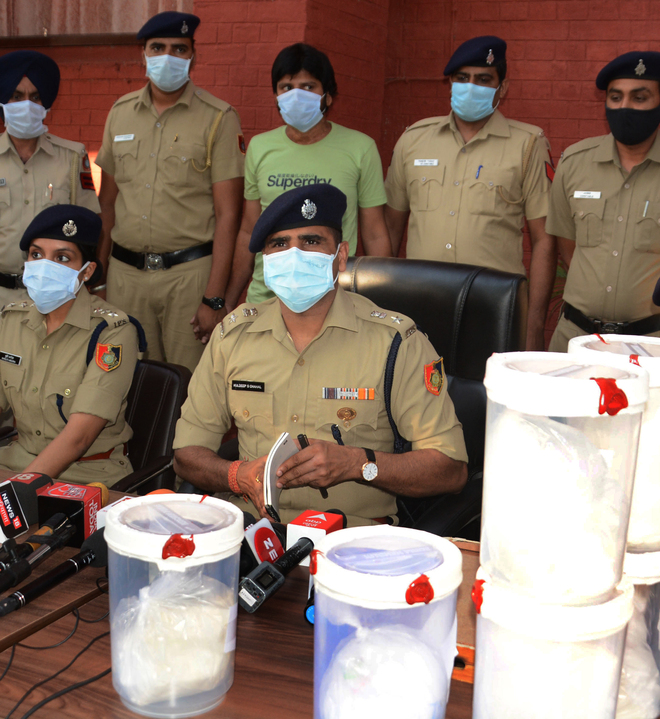 The UT police claimed to have busted an international drug racket with the arrest of a Chennai resident, who was allegedly trying to send a consignment of 10.24-kg cocaine, concealed in wooden trays, to Australia through a courier. The police claimed that the cocaine was worth Rs100 crore in the international market.

While checking the items, employees of the courier company got suspicious when they found that trays were heavier than expected. They noticed a cavity under 14 trays and found something concealed under it. They opened a tray and found some packets hidden there.

On getting exposed, the suspect tried to escape. However, he was nabbed. The police were informed, who visited the spot and apprehended the suspect. On verification, cocaine was found concealed under the trays.

UT SSP Kuldeep Singh Chahal said the suspect had arrived in the city alone a week ago and was staying in Sector 26.

“The consignment reached the city through a courier from Chennai and it was received at the railway station by the suspect. It was further meant to be sent to Australia,” the SSP said, adding that a huge drug racket had been unearthed.

Investigation revealed that the suspect had earlier also visited the city and sent drug consignments through some other courier company.

A case under the NDPS Act has been registered at the Sector 31 police station. The Chennai police have been informed about the suspect’s arrest and his antecedents are being verified. — TNS