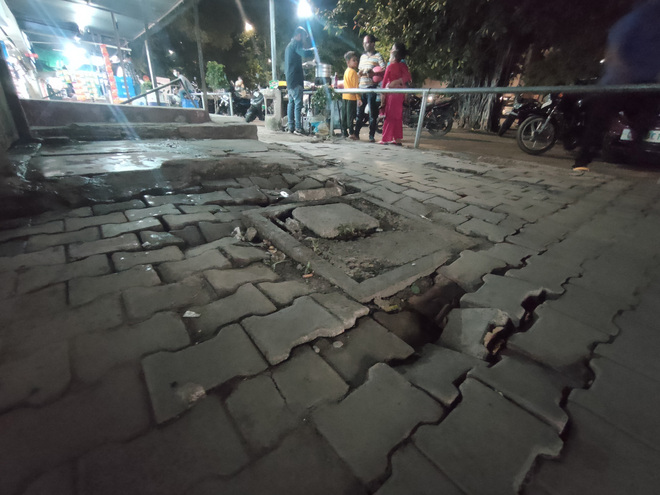 The five-year term of the councillors of the current MC is about to end and their unspent ward development funds are set to lapse. Two councillors have unspent funds of more than Rs1 crore each.

The code of conduct for the MC elections is expected to be announced in a fortnight, following which the unspent funds will lapse. The elections are scheduled to be held in December.

According to data procured from the civic body office, Farmila, the BJP councillor from ward number 6 comprising Dadu Majra Colony, Dadu Majra and Shah Pur, has Rs1.27-crore unspent funds. Of the total Rs 1.79 crore, including carried forward funds, she could spend only Rs51.41 lakh.

This is despite the fact that Dadu Majra is infamous for its garbage and other civic problems.

Congress councillor Satish Kainth from ward number 11 failed to spend Rs1.32 crore during his five-year term. Of the total Rs1.85 crore available to him in the past two years, works of only Rs53.4 lakh could be administratively approved.

“The files of works worth around Rs22 lakh are pending with the PA of the MC Commissioner. Earlier, due to fund crunch and now due to not clearing of files, my funds have remained stuck,” reasoned Kainth.

Another BJP councillor and former Mayor Davesh Moudgil from ward number 22 got administratively approved works worth only Rs76 lakh of the total Rs1.64 crore in the past two years. He has unspent funds to the tune of Rs88 lakh.

BJP councillor Shakti Prakash Devshali from ward number 20 could not spend Rs89 lakh. He had Rs1.64 crore available, of which only works worth Rs75 lakh could be approved. The ruling party’s Heera Negi has Rs74 lakh as unspent funds.

Besides, several other councillors too could not spend the entire development fund available to them.

Some councillors such as Maheshinder Singh Sidhu, Chanderwati Shukla and Ravi Kant Sharma of the BJP and Devinder Singh Babla and Gurbax Rawat of the Congress have been able to use almost the entire funds. “I have a big area, so I planned and followed up my cases with MC officials. Thus, I could use the entire funds at my disposal,” said Sidhu.

Each of the 26 elected councillors got ward development funds to the tune of Rs40 lakh per year in 2017 and 2018. The funds were later doubled and in 2019 and 2021, they got Rs80 lakh each. The funds were not allocated in 2020 in the wake of the Covid-19 outbreak. Funds not used in a year are carried forward till the lapse of the five-year term of the MC. 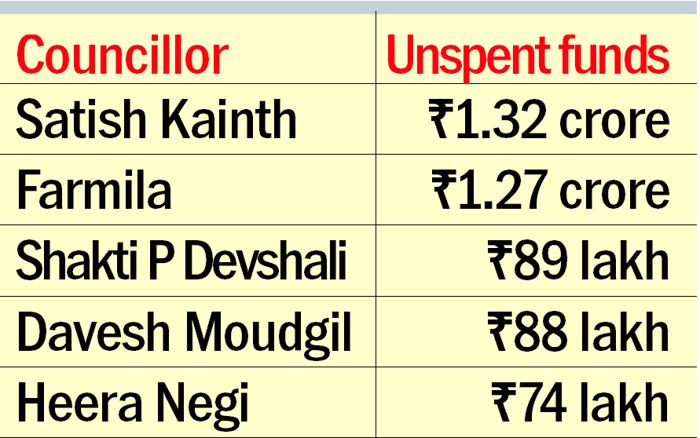