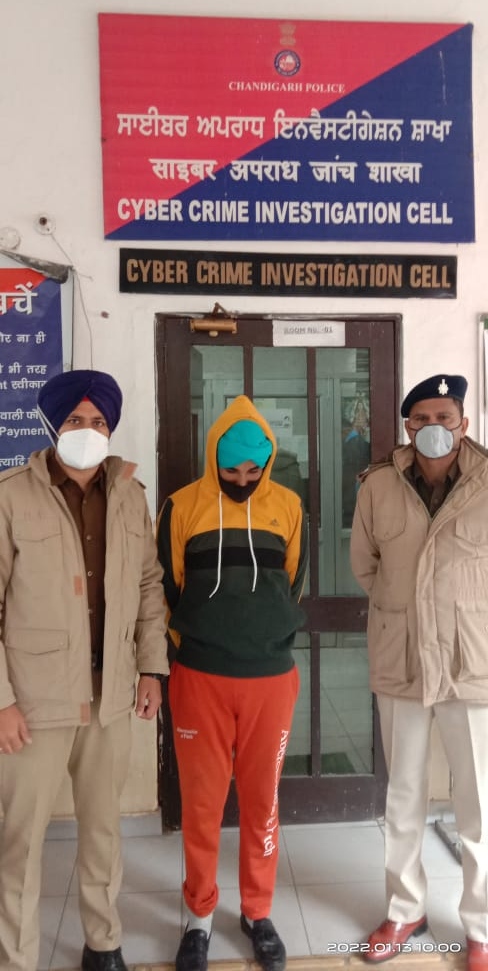 The suspect in the custody of the Chandigarh Police.

A fraudster has been arrested by the cyber crime investigation cell of the UT police for duping a city resident of Rs70,000 on the pretext of providing him a job.

The complainant, Narinder Singh, had reported that he had received a friend request on Facebook from a profile bearing a girl’s picture. The suspect stated that anyone wanting to get a job in the State Bank of India should contact one Harpreet Singh. The victim contacted Harpreet, who made him deposit a total of Rs70,000 for processing the job application.

The victim later found that he had been duped. The police were informed about the incident and a case was registered at the Sector 31 police station.

During investigation, the suspect, Harpreet Singh, a resident of Moga, Punjab, was arrested. The police said the suspect used to dupe people on the pretext of providing them jobs.