Chandigarh: Demolition at Colony No. 4 today : The Tribune India

Chandigarh: Demolition at Colony No. 4 today

2,000 cops, 10 executive magistrates to be deployed 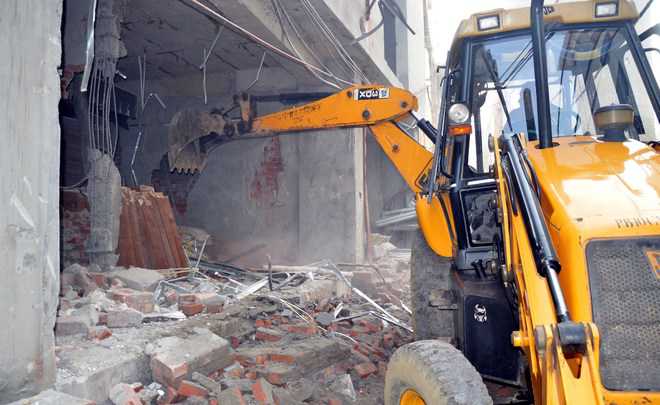 The UT Administration has decided to carry out a demolition drive in Colony No. 4 tomorrow.

An official spokesperson said the plan for the eviction of all residents of Colony No. 4 had been chalked out for tomorrow. Around 2,000 police personnel and 10 executive magistrates have been deputed for the demolition and eviction operation, he said.

Over the apprehension that people of the colony may cause obstruction to the demolition drive, the UT Administration has imposed Section 144 of CrPC prohibiting the gathering of five or more people in the 500 m periphery of the colony.

Meanwhile, on the basis of a biometric survey of the colony carried out by the Estate Office, a list of 658 residents was sent to the Chandigarh Housing Board (CHB) yesterday. A camp was organised in the office of the SDM (East) for the provisional allotment of flats under the Affordable Rental Housing Scheme at Maloya Housing Complex. As many as 299 residents came up for registration and submission of applications and the process went on till about 1 am. Today, a total 290 flats were allotted by lot.