Ramanjot Kaur, who is pursuing her masters in physical education at Panjab University, spent about an hour at the summit along with two guides 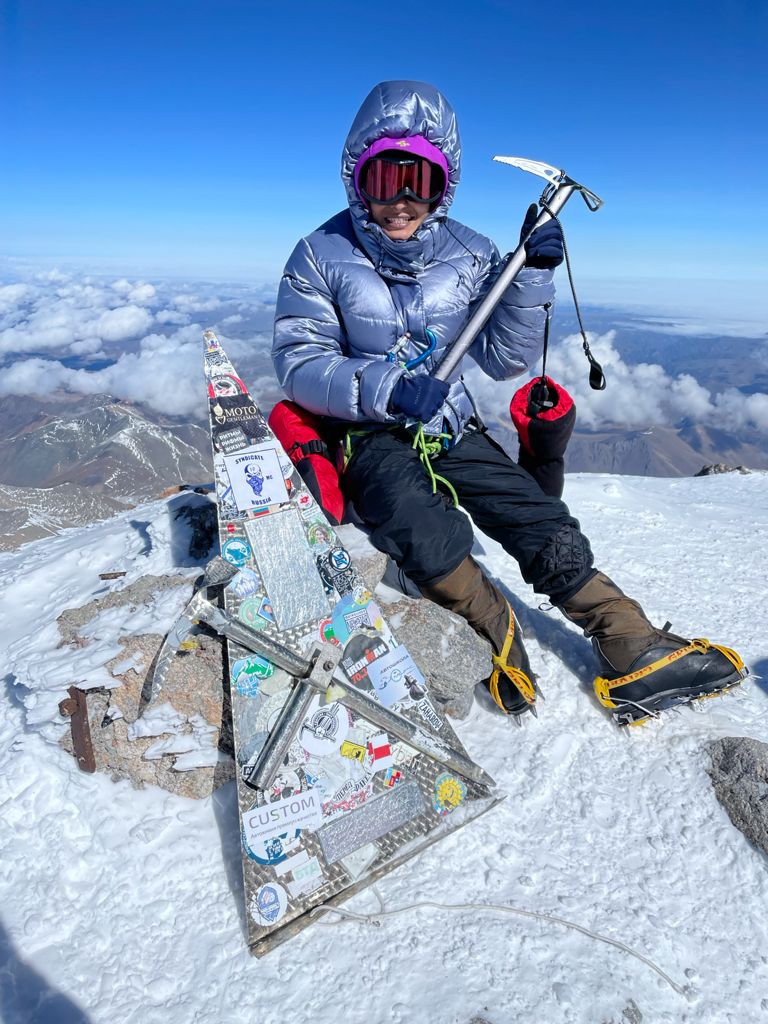 A 25-year-old student of the Panjab University, Chandigarh, has created a record of sorts by performing the Surya Namaskar on Mount Elbrus, the highest peak in Europe and Russia while undertaking a mountaineering expedition.

Ramanjot Kaur, who is pursuing her masters in physical education at the university, had scaled the Elbrus on October 2, along with a companion from Sangrur in Punjab. She returned back to India this week.

Surya Namaskar or sun salutation, well known to practitioners of yoga, is a sequence of 12 powerful poses connected by jumping or body stretching movements. Besides being a great cardiovascular workout, Surya Namaskar is also known to have an immensely positive impact on the body and mind.

“I had wanted this expedition to be different. There have been a few Indians who have scaled the Elbrus before and I felt like bringing in some new aspect. The yoga pose at that altitude and weather with protective clothing was an altogether different experience,” Ramanjot said.

Mountaineers generally just spend just a few minutes at the top for taking pictures. Ramanjot and her companion, along with two guides, spent about an hour at the summit. “For the extended time our guides charged us extra as it is not safe at the top due to the strong winds and extremely low temperature,” she said.

A day before, five persons from another expedition to Elbrus had lost their lives after they were caught in a snow storm. “As a precautionary measure, we had taken two guides with us for support in case anything went amiss,” Ramanjot said.

A dormant volcano that rises 18,510 feet above sea level, Mount Elbrus is the highest and most prominent peak in Russia and Europe. It is situated in the western part of the Caucasus Mountains in south-western Russia.

After acclimatisation and moving up the slopes in phases, Ramanjot started her final ascent at 4.30 in the morning and reached the summit at 7 am. “The temperature was minus 36 degree Celsius but the weather was unusually clear and the view was amazing. The terrain was all snow bound, glaciated and rocky,” she said.

A marathon runner and martial arts player, Ramanjot had climbed Mt Kilimanjaro in Africa in 24 hours under the slogan for women empowerment on April 24, 2019. After completing the basic and advanced mountaineering courses, she had scaled several other prominent peaks. She is now preparing for an expedition to Mt Everest, the highest mountain, and also aims at conquering the highest peak in all seven continents.