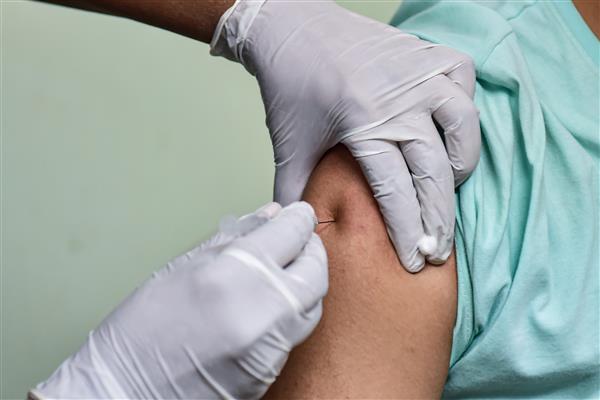 After witnessing an increase in the turnout of healthcare workers for Covid-19 vaccination, the UT Health Department has decided to open two more sites for immunisation programme. The increased response can be attributed to change of strategy to on-spot registration of beneficiaries.

Dr Amandeep Kaur Kang, Director, Health Services, UT, said: “Due to on-the-spot registration facility, more healthcare workers from private institutions have come forward for inoculation. It has been observed that healthcare workers from the government sector are not coming forward. We are opening more sites so that push messages reach the maximum beneficiaries and two chances are given to a beneficiary. This way, we will be certain of those who are not interested in vaccination.”

The fourth day witnessed a turnout of 66 per cent, an improvement of 11 per cent from the previous day.

At both sites of the PGI, 73 per cent healthcare workers turned up for vaccination today after the second vaccination site opened up.

“The next drive at the PGI will be held on Monday and there are chances of increasing the number of centres that day,” said the PGI authorities. The institute today received 10,000 doses of Covishield from the UT Administration.

The GMSH-16 has been able to maintain the highest turnout so far. As many as five minor adverse events following immunisation (AEFI) have been reported in the four days of the vaccination programme.