Chandigarh: In death, 4-yr-old boy gives lease of life to 3 : The Tribune India

Chandigarh: In death, 4-yr-old boy gives lease of life to 3 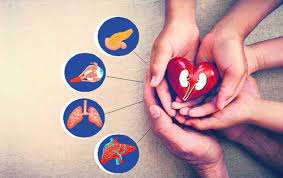 Four-year-old Gurjot Singh gave a fresh lease of life to three terminally ill organ-failure patients with transplantation of liver to a patient at the Institute of Liver and Biliary Sciences (ILBS), Delhi, and kidneys and pancreas to two patients at the PGI here.

PGI Director Prof Surjit Singh said, “For any family, this is a heart-wrenching loss. Members of families like Gurjot’s, who have a heart to make a donation in the most tragic moments of their life, instill a sense of confidence.”

Recalling the April 2 incident, Hardeep Singh said like any other usual day, his son was playing as he fell from a height and became unconscious. The boy was taken to the Civil Hospital, Barnala, from where he was referred to the PGI. However, prognosis being extremely poor, Gurjot’s week-long struggle with life came to an end as he succumbed to his head injury and was declared brain dead on April 9. The deceased’s parents consented to a proposal of organ donation.

Having no matching recipient for liver, the PGI conacted the National Organ and Tissue Transplant Organisation. Later, the liver was rushed to the ILBS through a green corridor. —