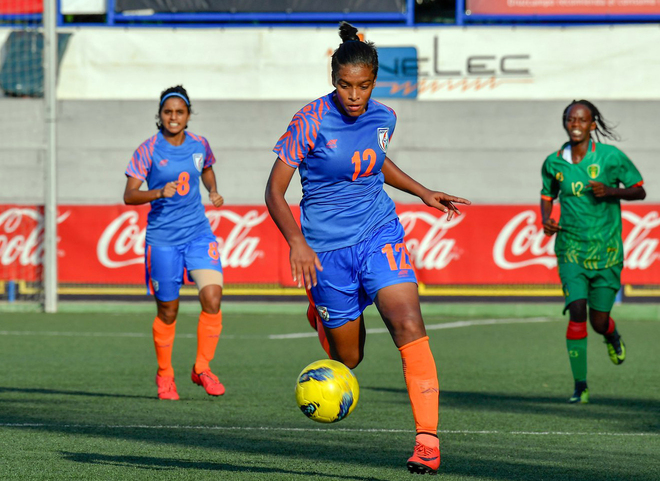 From dreaming to playing on the Panjab University campus to playing for India, Manisha’s journey has just started.

Jhingan made his senior national team debut in 2015 in Guwahati and has since gone on to make 40 appearances for the Indian team, scoring four goals. He was part of the Indian side that lifted the Hero Intercontinental Cup in 2018 and played a memorable draw at the home of the Asian champions Qatar in 2019.

“Being voted by club coaches of the Hero ISL and the Hero I-League as the AIFF Men’s Footballer of the Year 2020-21 is a huge honour for me. I take this award as a motivation to do better, and inspire others to follow their passion for the sport,” said Sandesh Jhingan. He was named for the award on his birthday.

For 19-year-old Manisha Kalyan, there was a time when her sole aim of playing football was to visit the Panjab University campus. Little did she know she would end up playing for India and would be declared the AIFF Women’s Emerging Footballer of the Year 2020-21.

In her early days, she played in Chandigarh and participated in local school-level tourneys, besides playing championships at Panjab University.

Manisha hails from Muggowal village (Hoshiarpur district), one of major contributors to the region’s and nation’s football. The ace striker has also represented India at U-17 and U-19 levels. She is honoured to share the spotlight with none other than Bala Devi, who won the AIFF Women’s Footballer of the Year 2020-21 award.

“My family’s plan was also to guide me towards studies and help me settle down. However, I started going to Paldi Academy (near Mahilpur). I was lucky to be guided by a good group of coaches. The turning point of my life was playing in the Oorja Talent Hunt Cup. Based on my performance, I was offered to play for a club and thereafter, I moved to Mumbai.