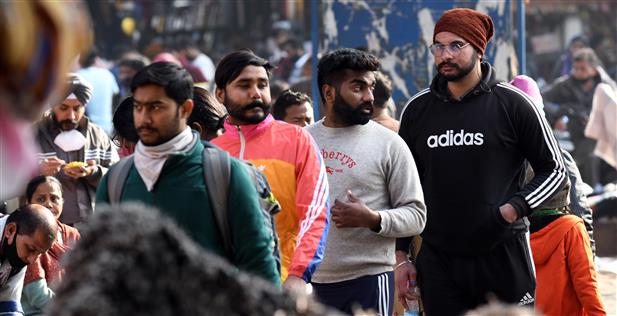 The cumulative number of cases has reached 83,735, while the active case figure stands at 9,260. As many as 6,868 samples were tested in the past 24 hours.Two deaths were reported among patients with co-morbidities. An 80-year-old woman of Mani Majra died at Ace Heart and Vascular Institute, Mohali. She was a case of severe heart disease, lung disease, hypertension and diabetes mellitus. She was fully vaccinated. A 58-year-old woman of Raipur Khurd, a case of perforation peritonitis, died at the PGI. She was fully vaccinated. The toll has reached 1,097. 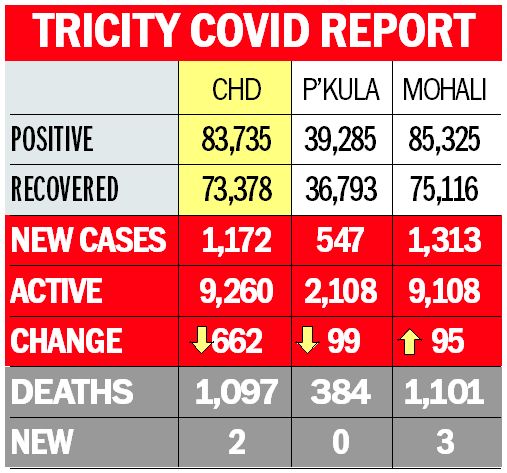 The RT-PCR tests of 163 staffers and guests of the UT Guest House were conducted on Thursday of whom 55 tested positive for Covid and they have been isolated.

Three more persons succumbed to Covid-19 during the past 24 hours, taking the total number of deaths to 1,101 in the district. A 70-year-old man and an 87-year old woman, both residents of Dera Bassi, and a 25-year-old woman from Mohali died of the disease. All of them were suffering from co-morbidities. Among them, only one had been vaccinated. The district witnessed 1,313 fresh Covid cases, taking the tally to 85,325, while 1,215 patients were cured of the disease. Of the 9,108 active cases, only 16 persons are hospitalised. Among the new cases, 57 were reported from Lalru, six from Banur, 72 from Boothgarh, 125 from Dera Bassi, 85 from Gharuan, 57 from Kurali, 321 from Dhakoli, 231 from Kharar and 359 from Mohali (urban). Of the 85,325 cases reported so far, 75,116 patients have been cured.