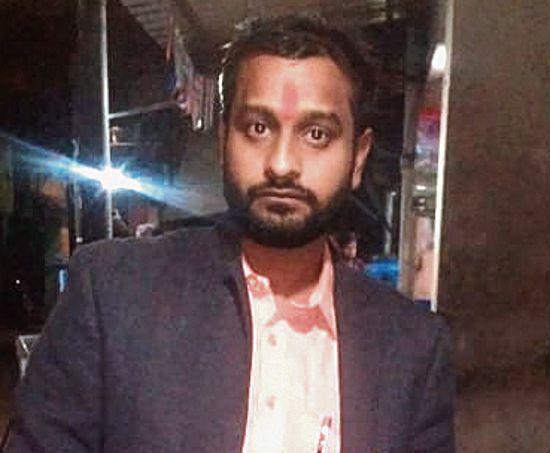 Akhlesh Saxena will contest the MC poll from Ward No. 3.

It is not just seasoned politicians or professionals contesting the city Municipal Corporation elections, but a ‘chhole bhature’ seller too is jumping into the poll fray.

Akhlesh Saxena (32), known in his Bapu Dham locality as a popular ‘chhole bhature’ vendor, is the first candidate to file nomination from Ward number 3 for the December 24 MC elections. He, along with his family, sells ‘bhature’ near their house in the morning and ‘tiki’ and samosas in the evening.

When asked why he was contesting the election, Akhlesh told Chandigarh Tribune, “Bapu Dham has become ‘Kabad Dham’ as its entrance is dumped with waste material. There is no development in our ward. Poor sanitation and increasing drug supply are the two major issues here.”

How will he arrange funds for the election? “I have appealed to people to contribute at least Rs2,000 each. I won’t need a huge sum of money because I am not going to spend on liquor like political parties do during elections.”

Akhlesh had unsuccessfully contested last elections as well. “I have no regret of the loss. I did clean and honest politics. When big political party leaders were distributing liquor, I had served carrot juice to people. I had purchased carrot in wholesale for the purpose.”

If he wins, he said he would also do something for the vendor community. “I have been protesting in connection with issues pertaining to vendors. I will ensure that they are allowed to operate from their original places and not shifted to far-off places. Further, their vending fee should also be exempted for a few months when they could do no business due to Covid.” Interestingly, his family is not on the registered vendors’ list of the MC.

At present, BJP’s Dalip Sharma is the councillor from the ward. He had won the 2016 MC election as an independent and later joined the BJP. He had left the party when he was denied the ticket for the 2016 poll.