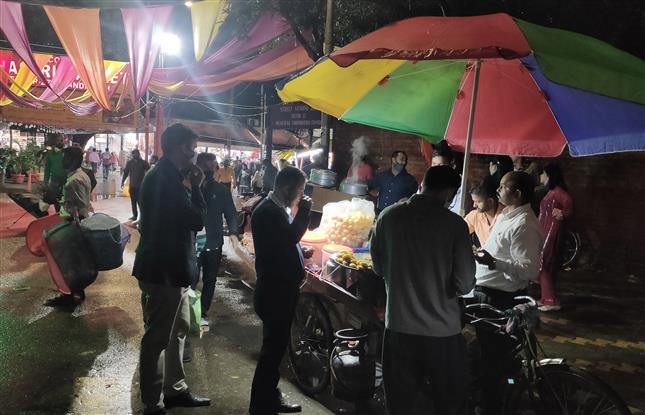 Though during councillor Ravi Kant Sharma’s five-year term, Sector 17 became free of street vendors and their number was limited to some extent in Sector 22, the parking issue was not resolved and caused inconvenience to city residents.

“Parking and traffic are big issues in Sector 22. Nothing was done on this aspect in the past five years. The rear of the mobile market and the area around Shastri Market remain full of vehicles,” said Vinod Vashisht, a Sector 22 resident and convener, City Forum of Residents Welfare Organisations.

“Parking near houses often led to fights between residents and the vehicle owners. We are tired of calling up the police and MC officials. The parking issue has remained unresolved. Some park cars in front of the gate of our house or behind our cars with handbrakes on. A large number of vendors add to the nuisance. The situation gets bad on weekends,” added another local resident.

Ravi Kant, who is also the current Mayor, said, “To curb parking issues in Sector 22, there was a plan to open a multi-level parking in front of Kiran cinema. I had even taken up the issue with the UT Administration, but it did not materialise. We are going to open kiosks on the terrace of the Sector 17 multi-level parking.”

In Sector 22, where around 3,000 street vendors used to do business, only 107 registered vendors are allowed to operate now. “I think about 500 vendors are still working with the connivance of officials,” alleged Kulbir Singh, president of Shastri Market Welfare Association.

While Sector 17 was made a no-vending zone, its revitalisation plan is still moving on a slow pace. “Once new vending sites are decided, the vendors will get shifted out of Sector 22. In Sector 17, we are doing regular repair and sanitation works. The MC is not undertaking any major change as the Smart City is already engaged in it,” said Ravi Kant.

Vashisht lamented that no public toilet came up in Nehru Park and proper maintenance of parks in Sector 22 was not done. “Due to heritage issue, the public toilet work remained stuck. Now, the tendering process is over and the work will start soon,” added the BJP leader.

Use of funds: Both councillor’s ward development fund and Mayor’s fund utilised