Will have to explore other options as 16 seats reserved for women, SC candidates 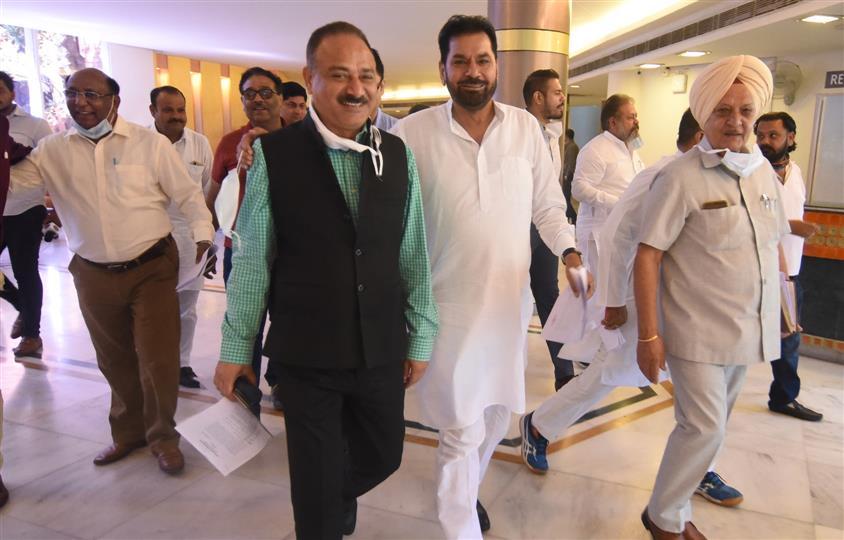 The reservation of 16 wards for the MC elections has left many sitting councillors disappointed as their wards have been reserved for women or SC candidates.

Prominent among those affected are the Leader of the Opposition in the MC House, Devinder Singh Babla, who has a stronghold in his ward, BJP councillor Rajesh Kalia, who is also popular in his ward, and three-time BJP councillor Rajesh Bittu, who will now have to either choose other wards or field a woman member of their family in case their parties consider their names.

Of the 35 wards, 16 have been reserved. The area falling under the wards was earlier revised following the merger of 13 villages with the MC in December 2018.

“My wife will contest from this ward as I have worked a lot here. If the party wants me to contest from some other ward, I will also fight,” said Babla. He won twice from this ward in 2006 and 2016, while his wife won in 2001 when the ward was reserved for women.

The reservation of wards has also come as a blow to old warhorse Bittu, a three-time BJP councillor from ward number 16, which comprises Sector 20 and 33. It is now ward number 18 and has been reserved for a woman candidate (general category). “Whatever the party decides, I will abide by it,” he replied when asked whether he would field a family member or consider contesting from some other ward.

The reservation of wards also caused trouble to Kalia, a former Mayor and BJP councillor from ward number 7 (Maloya, EWS Colony, Maloya, Sector 39 (West) and the grain market). His ward, which is now ward 28, has been reserved for a woman SC candidate. He will also have to do his calculations to remain in the fray.

In a trouble for the ruling BJP, all three seats held by it (revised ward numbers 4, 5 and 6) in Mani Majra have been reserved for women candidates (general category). Councillors Jagtar Singh Jagga, Anil Kumar Dube and Vinod Aggarwal will have to look for alternatives.

“We have active women party leaders in the area. That is not a worry for us,” said city BJP chief Arun Sood. The BJP and the Opposition Congress will now have to scout for more women candidates.