Move after complaints of violations received 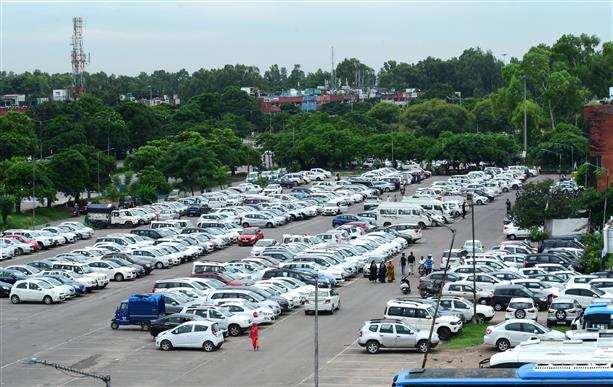 With several violations coming to the fore, the Municipal Corporation has decided to auction off 60 sites at Car Bazaar in Mani Majra.

The MC had received reports of subletting of some of the sites, besides holding of the bazaar by some traders on days other than mandated Sunday.

“There are some violations and a committee is looking into these. We are going to revamp the bidding and enforcement parameters. New norms will be introduced and rates may also be revised,” MC Commissioner Anindita Mitra told Chandigarh Tribune.

Besides, sources said, the authorities would take into account increase in cost of cars and rising inflation over the past three years when the sites were last allotted. Some traders had monopolised trade as well, it was learnt.

However, Rajesh Gupta Bittu, a trader and former BJP councillor, said: “I have no knowledge of any plans for fresh auction. There are no violations and traders are following all norms. In fact, due to Covid-19 and other economic factors, the traders are going through tough times.”

According to information, of the total 60 sites, 54 had gone under the hammer in 2019. The rest could not be auctioned off as 18 applicants were declared ineligible.

Up to 10 second-hand cars can be showcased at each site for sale or purchase on a commission basis. A fee of Rs 7,260, including GST, is charged per site every Sunday.

Committee is looking into violations. We will revamp bidding and enforcement parameters. New norms will be introduced and rates may also be revised. — Anindita Mitra, MC Commissioner