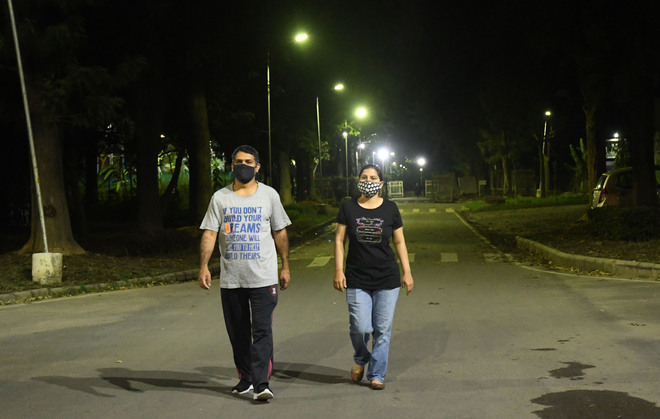 The city today witnessed its warmest night in February at least in 12 years. The minimum temperature was recorded at 18.8°C, which is as much as nine degrees above normal. As per the data available with the Chandigarh Meteorological Department from 2011 to date, this is the highest minimum temperature in the city.

Met Director Surender Paul said: “The night temperature increased quite above than normal last night due to cloudy sky. Night temperature generally increases during rain/cloudy weather as outgoing radiation is radiated back into atmosphere by clouds/water droplets. But, the temperature will come down now.”

He said this February was a relatively warm month due to fewer western disturbances in this region. The sky remaining mostly clear for the past few days was the other reason for high temperatures. Meanwhile, last night’s 3.4mm rain brought maximum temperature down a bit today. From 32.7°C yesterday, maximum temperature came down to 29.6°C today. Yesterday’s temp was the highest maximum temp since 1954 in Chandigarh.

Though the temp has come down, it is still five degrees more than normal. Next three days are expected to see a clear sky, says the Met Department. The maximum temp is expected to hover around 31°C. March to see temperatures above normal

The Met Director said the trend of warm temperature will continue in the coming days. “The first two weeks are expected to see temperatures above normal,” he added.