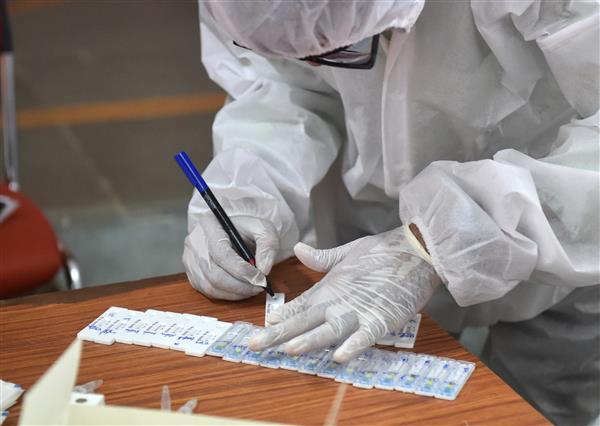 Chandigarh reported two deaths and 431 cases, pushing the infection count to 33,309 in the joint capital of Punjab and Haryana.

So far, the infection has claimed 410 lives in the union territory, according to a medical bulletin.

A total of 438 patients were discharged after they recovered from the infection, taking the number of cured persons to 29,485. A total of 3,58,865 samples have been taken for testing, of which 3,24,486 tested negative while reports of 106 are awaited, the bulletin said.

Meanwhile, markets in the union territory wore a deserted look due to lockdown imposed by the authorities here. The city administration on Friday had announced to clamp weekend lockdown from 10 pm on Friday to 5 am on Monday. Essential activities and services were exempted from the purview of the lockdown.