Most were contacts of previously diagnosed cases; UT tally stands at 487 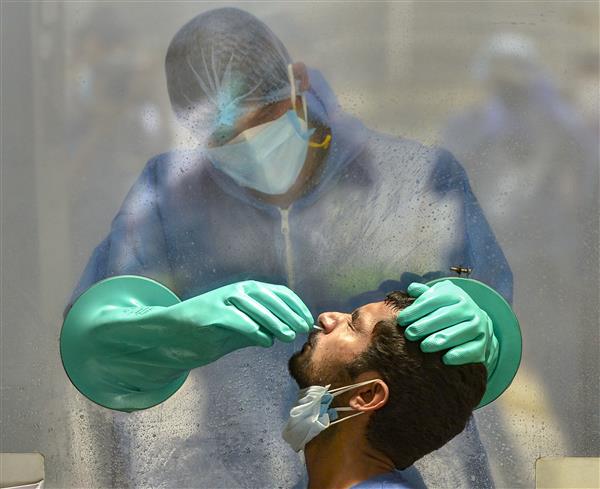 The development takes the city’s tally to 487, the bulletin showed. PTI photo

The development takes the city’s tally to 487, the bulletin showed.

Five minors were among the six new cases.  Sixteen of Monday’s 21 cases were contacts of previously diagnosed cases.

Three cases were from Daria, all of them family of an already diagnosed case. This includes 15-year-old and 11-year-old girls.

One was a 30-year-old healthcare worker who was posted on duty at Post Graduate Institute of Medical Education and Research’s COVID ward.

A 5-year-old boy and a 61-year-old woman tested positive in Sector 21, also family of an already diagnosed case.

Two staffers of Government Medical College and Hospital in Sector 32 tested positive. They were both contacts of a male nurse already been diagnosed with the infection.

A 9-year-old boy from Sector 31 tested positive. He was a contact of an already diagnosed case.

Chandigarh has so far had six deaths from COVID-19.