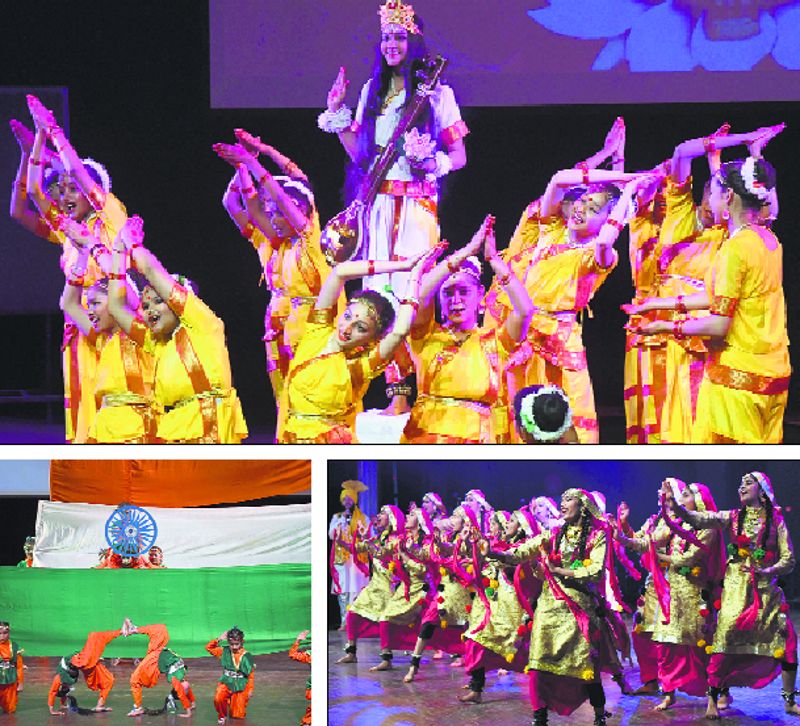 Students perform during a cultural event organised by the UT Education Department on the eve of Republic Day at Tagore Theatre in Chandigarh on Wednesday. TRIBUNE PHOTOS: RAVI KUMAR

The Education Department, UT, presented a cultural bonanza on the eve of 74th Republic Day with great patriotic zeal and fervour, at Tagore Theatre here today.

UT Adviser Dharam Pal was the chief guest at the event. Education Secretary Purva Garg, Director School Education Harsuhinderpal Singh Brar and other officials of the department were present on the occasion.

The theme of the function was ‘Promotion of traditional games and indigenous toys’. Students from government and private schools showcased the cultural richness of the country, and the milestones achieved so far.

The UT Adviser commended the department’s efforts in uplifting the level of education in the city. He highlighted the significance of the day and told children that the future of the country was in their hands.

The cultural bonanza ended with the national anthem in sign language, presented by special children. The department had streamed the entire event live on their official YouTube channel.