Chandigarh: Shifting of grain market may be delayed : The Tribune India 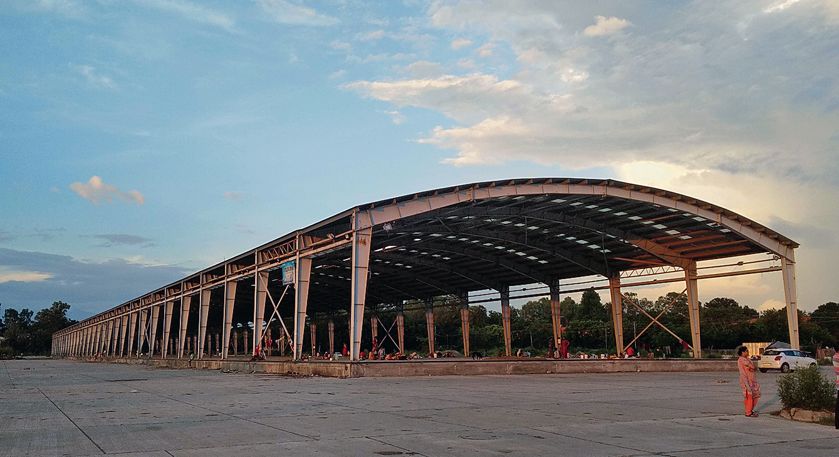 The process to shift the Sector 26 grain, fruit and vegetable market to the Sector 39 site (pic) started in 2007. Tribune photo: Vicky

The shifting of the grain, fruit and vegetable market from Sector 26 to the new site in Sector 39 is likely to get delayed further as the UT Administration is still waiting for permission from the Ministry of Home Affairs (MHA) for the allotment of space at the new site.

Since permission is still awaited from the MHA, a meeting will be held with stakeholders to reach an agreement on auction of sites as per Estate Rules, 2007, by giving preference to the current licence holders of the Sector 26 market. Authorities

During a meeting of the Administrator’s Advisory Council, Charanjiv Singh, president, Chandigarh Beopar Mandal, requested the administration to allot sites/shops available at the new mandi to commission agents at a reserve price.

In an action taken report on the issues mentioned during the meeting, the UT Administration stated the Centre had been requested by the UT Agriculture Secretary vide a letter dated May 5, 2021, followed by reminders to grant permission for adopting the Punjab State Agricultural Marketing Board (Sale and Transfer of Plots) Rules, 1999, for disposing of sites at the second grain, fruit and vegetable market in Sector 39.

The UT stated that the reply to the same was still awaited. The last reminder was sent to the Secretary, MHA, on August 26. “Since permission is still awaited from the MHA, a meeting will be held with stakeholders to reach an agreement on auction of sites as per Estate Rules, 2007, by giving preference to the current licence holders of the Sector 26 market,” stated the authorities.

Recently, the Mandi Board had invited suggestions from the stakeholders for the allotment of sites at the new mandi.

A commission agent said the process to shift the Sector 26 mandi to Sector 39 was started in 2007, but the UT Administration had failed to finalise a policy for allotment of sites at the new mandi to date. He suggested the administration should allot the sites at reserve prices to be calculated on the basis of the cost of the land and the amount spent on creating the infrastructure, instead of the current market value of the land.

He said the administration was waiting for a tragedy to happen. Most buildings in the Sector 26 mandi were no longer safe. There was wild growth and rats had hollowed out the land below. He said other major problems faced by the traders were poor cleanliness and a shortage of space. Fruits and vegetables arrived here from all over the country but sometimes, there was not enough space to unload the vehicles, he added.