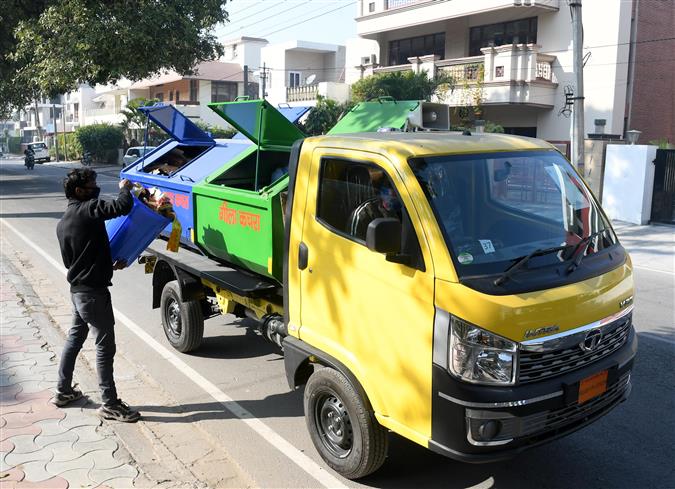 The Union Territory today jumped to 12th position from the last year’s rank 66 in the annual Swachh Survekshan (with a population over 1 lakh), but it’s still far behind its best ranking of 2 awarded in 2016.

Besides, the city has been adjudged the ‘Fastest Moving Capital’ city of the country.

In the “Citizen Voice” category, the UT has scored 2,096 marks out of 2,250 marks and full marks (1,000/1,000) in the ODF (Open Defecation Free) category. Vinod Vashisht, convener, City Forum of Residents Welfare Organisations (CFORWO), said: “The improvement in the city’s ranking can be attributed to decisions taken by the MC a couple of years ago such as door-to-door collection of waste through dual-bin vehicles, finalising solid waste management rules, etc.”

“Getting the water+ status last year has also played a vital role in this year’s improvement in the ranking. Now, the MC’s focus should be on upgrading and making functional the sole waste processing plant at the earliest,” he suggested.

Municipal Commissioner Anindita Mitra said, “It was round the year hard work that has made a difference. Improved segregation, garbage processing, documentation and service-level agreement has fetched us a good ranking this time.”

Mayor Sarbjit Kaur said the MC encouraged all stakeholders to create awareness on how important the cleanliness feedback was.

The results of the survey conducted in 4,354 cities were announced at an event at Talkatora Stadium, Delhi.

The Mayor and the Commissioner received the Swachh Survekshan-2022 award from Union Minister Kaushal Kishore. 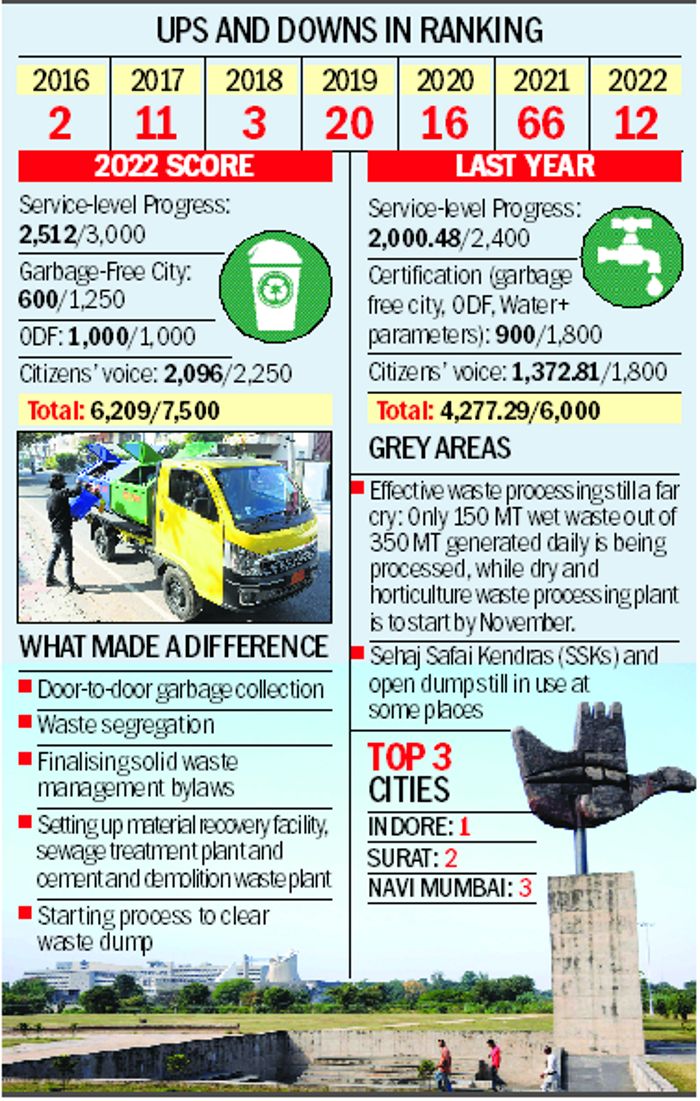