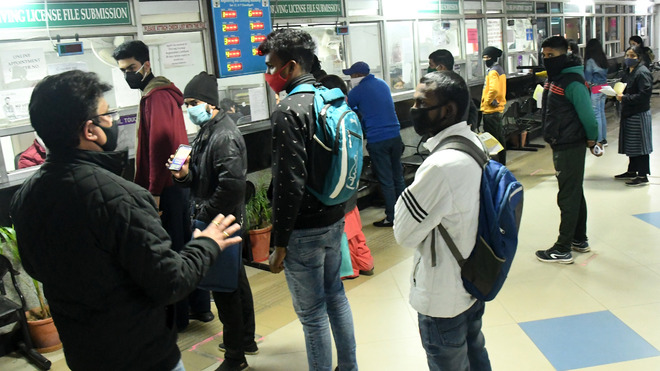 In a major relief for the Municipal Corporation (MC), the UT Administration today gave in-principle approval to provide Rs102 crore to the civic body for development of 13 villages, which were merged with it in 2019.

Meanwhile, the Administration today released a grant-in-aid of Rs100 crore to the MC. The grant will be used for paying salaries to employees, meeting routine expenses and for maintenance work.

The Mayor said the Administration would release Rs30 crore special grant for the development of 13 villages up to March 2021, of the total Rs102 crore approved. However, of the total amount, Rs60 crore would be released during the next financial year in a phased manner and Rs12 crore would be incurred by the UT Engineering Department on development works in these villages.

Meanwhile, Rs80 lakh has been assured as ward development fund for each councillor, said the Mayor, and added that the Administration would get the seven community centres in the city completed through the Engineering Department before May 2021.

He said the Adviser also gave assurance regarding early completion of the work on underground parking in Sector 8 and Sector 17.

The Administration had also agreed to enhance the number of unipoles from 24 to 75 to generate revenue for the cash-strapped MC.

Besides, two additional petrol pump sites would be allotted to the MC to generate revenue. — TNS